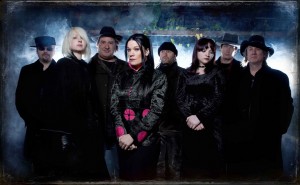 The Eden House with Andy Jackson

Pink Floyd and David Gilmour recording engineer Andy Jackson is in a band called The Eden House. They have a new album out next month called the “Timeflows EP” and will be released on February 27th 2012 through Jungle Records. The digital download version will be made available a week earlier on the 20th.

Go check out their band website, have a listen to some tunes there, watch some video and enjoy. 😉

If Andy has been involved, I bet it sounds great! 😉

There is a video interview with Andy on the Astoria Houseboat Recording Studio belonging to David Gilmour on RecordProduction.com which you may wish to check out. He talks about the recording of the On An Island from a techie studio engineer point of view. If you know what Pro Tools is and, better still, have used it, go have a watch.  David Gilmour recorded such things as Division Bell and On An Island at Astoria.