David Gilmour and Roger Waters Perform Together for Hoping Fundraiser

David Gilmour and Roger Waters were re-united again last night to perform for a charity event in Kidlington in Oxfordshire, England. It was all in aid of the Hoping Foundation Benefit Evening on 10th July 2010 which was compared by Fearne Cotton!

They played four songs including ‘To Know Him Is To Love Him’, ‘Wish You Were Here’, ‘Comfortably Numb’ and ‘Another Brick in the Wall (Part Two)’.

They performed four songs before 200 guests, accompanied by Guy Pratt (on bass and acoustic guitar), Harry Waters (on keyboards), Andy Newmark (on drums), Chester Kamen (on guitar) and Jonjo Grisdale (also on keyboards).

The annual event is to raise money for Palestinian children to help give them a better life. HOPING stands for Hope and Optimism for Palestinians in the Next Generation.

David Gilmour played at the fundraiser event last year also on 19th June 2009. He was joined by model Kate Moss who gave an interesting performance! The 2010 performance the most significant though and raises questions about what we can expect in future!

Popular TV presenter Fearne Cotton broke the news about Gilmour and Waters performing together in a Tweet that she made in the early hours of the morning. Fearne said, “Just witnessed some amazing musical situations at the HOPING charity event, ie david gilmore and roger waters performing wish you were here! a total dream, lots of money raised for the chairty too“.

What Does the Future Hold?

Given that David no longer seems to mind performing with Roger Waters, perhaps there exists the possibility that David will join Roger on The Wall Tour 2010/2011 and perhaps play guitar on Comfortably Numb at the UK events. Stranger things have happened!

View Photos of Roger Waters and David Gilmour Hoping Fundraiser. Also, let us know your thoughts about this new on the Forum.

If anybody finds a video of Roger and David at Hoping, then please do get in touch so I can post a link to it on this page. Also an audio RoIO recording. 😉 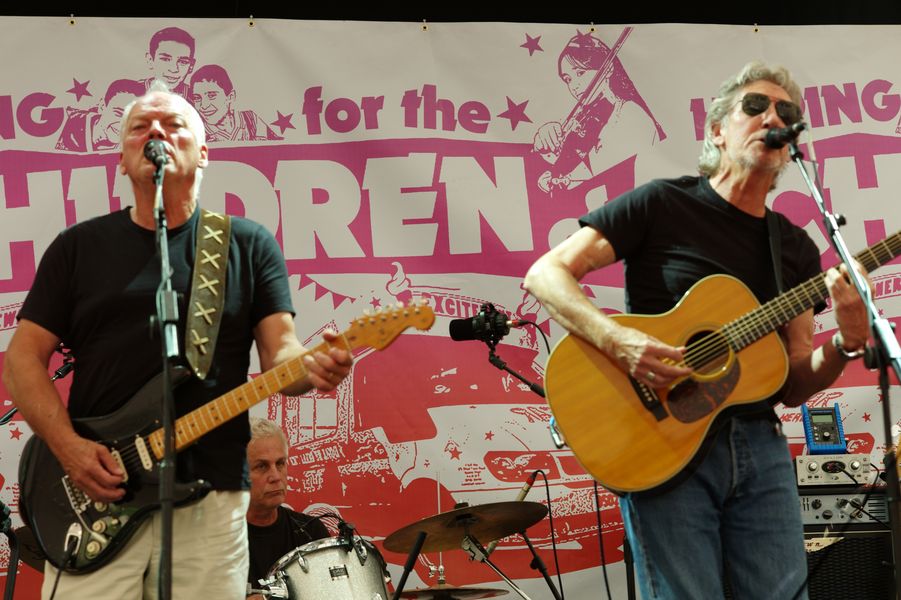