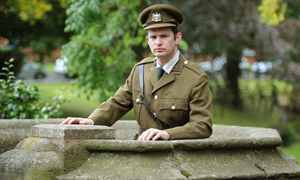 The ex-Scaffold and Tiswas frontman joins a long line of illustrious contributors such as actor Christopher Timothy and guitar legend David Gilmour. The Pink Floyd guitarist has granted permission for a solo recording to be used as part of the show’s score.

Dean says, “Mr Gilmour wanted to do everything he could do to help and sanctioned the track There’s No Way Out Of Here gratis and waivering the licence and publishing fees, so it was in every sense a donation.”

John Gorman has been on board since day one of this project. He has always been at the vanguard of cutting edge projects.

Commenting on what drew him to the project, Mr Gorman said, “Wilfred Owen died a week before the end of the First World War: the war to end all wars. Owen’s poems demonstrate the gruesome awfulness that happened to these men through no fault of their own. Dean brings to the foreground the message that the war is not a good thing, which I’m behind 100%.”

A special preview of Bullets And Daffodils takes place at Fort Perch Rock, New Brighton on 8 March, and visits The Forum Theatre, Chester on 10 March, and The Citadel, St Helens, on 16 March. 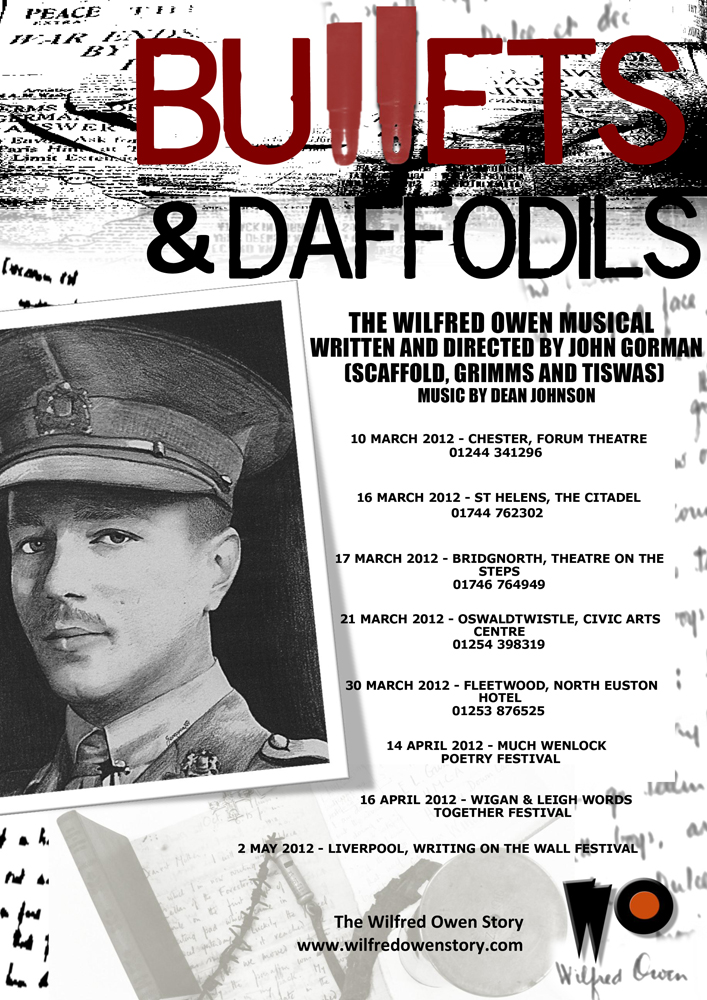