The letter demands that G8 leaders create a new, fairer financial system and deliver on their promise to find billions to help recession-hit poor countries.

As part of ActionAid’s commitment to fighting the poverty caused by the global economic collapse, the letter also launches the agency’s financial crisis appeal which aims to raise £54 million over three years. 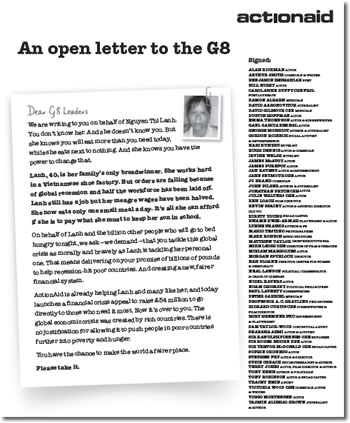