David Gilmour’s Beach Hut Must Go Else Be Prosecuted! 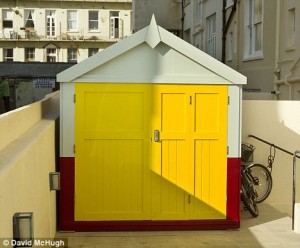 There is more trouble for the Gilmour family in Hove, Sussex as the local council are on their case about a beach hut they have erected on their property in which they store their bicycles.

The authorities are not content with putting their son Charlie Gilmour in prison for 16 months and want more blood, this time threatening to prosecute the family if they do not remove the hut!

The council say that the hut at the £3m property is not fitting with the local area which is a “conservation area”. It has been decided that this offending hut must be gone! 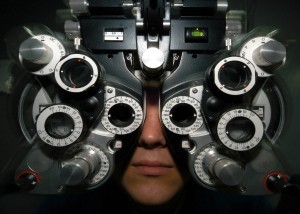 Ophthalmologists can not cope with the bright yellow “eyesore”

David’s wife – mother of jailed Charlie – appealed against the authorities but lost and now has to remove the bright yellow hut that the council have deemed to be an “eyesore”. It would seem if you look at this hut for too long it will cause eye pain that local ophthalmologists would not be able to cope with!

A Brighton and Hove City Council spokeswoman said in a statement: ‘We have had a complaint from a member of the public and are legally obliged to act.

‘As the planning appeal has failed, we have told the owners that the hut must be gone by October 1.

‘If that doesn’t happen, we would have no option but to issue an enforcement notice.

‘Failure to comply with that means either prosecution or the council may remove the hut and charge the householder.’

Perhaps the colourful beach hut was inspired by the one on Brighton Promenade which Polly Tweeted her own picture of with David Gilmour stood in front of with one of their dogs.

It is madness that this beach hut story is currently the most read news story on the BBC News website!!

Personally I think the governent should be abolished and keep out of our lives and gardens!