^
I love this thread, I am now going to have to find at least 1h 6m of spare time to digest the AMM material ...

But, this was by far the biggest influence on Pink Floyd. Radio Luxembourg.

Both David and Roger have repeatedly said that they spent countless nights in their youth listening to the Radio Luxembourg. By the time Radio Luxembourg was the only source of 'New music for young generation'. 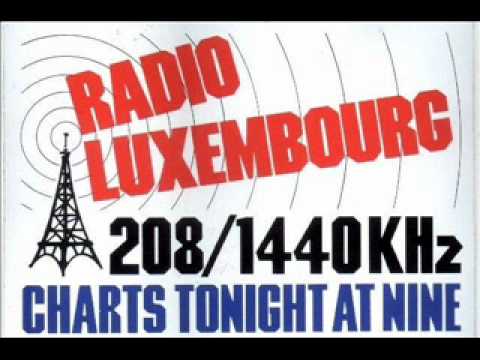 Nick said that Music From Big Pink was the one album that all four of them owned (Syd had it, too), and Rick said that this was his favorite song by them:

''Bill Haley’s “Rock Around the Clock” was the first single that I bought and Elvis Presley’s “Heartbreak Hotel” was a major thing as well, and still every time I listen to it, I think “How did they put something as perfect as that together?” But there are a thousand other influences that have sort of gone together — folk music, Pete Seeger, Woody Guthrie, Big Bill Broonzy, John Fahey, Joni Mitchell — there are thousands of players and singers who have directly influenced the music that I make''.

ZiggyZipgun wrote: ↑Wed Aug 05, 2020 8:26 pm Nick said that Music From Big Pink was the one album that all four of them owned (Syd had it, too), and Rick said that this was his favorite song by them:

Rick Wright: “When I was first in The Floyd I wasn’t into pop music at all — I was listening to jazz and when The Beatles released ‘Please, Please Me’ I didn’t like it at all. In fact, I thought it was utterly puerile. There wasn’t much around at the time that excited me, but then I saw The Band and they were totally different, totally exciting.”
Top

Roger Waters: What are my preoccupations at 16? Llistening to lots of Bessie Smith, Billie Holiday and Art Blakey. My friends and I used to sit up all night listening to jazz, then drag ourselves to school the next day.
Top

There's various well-documented overt references to other bands across PATGOD - Julian Palacios' Dark Globe book and John Cavanagh's PATGOD 33/3 are great for picking these out.

An obvious one which I haven't seen mentioned elsewhere is The Byrds' Lear Jet Song, which closes the Fifth Dimension album - with Astronomy Domine opening with a similar (fake) morse code and pilot-navigation narration... I've always seen it as a kind of statement of intent that Pink Floyd are taking you way further out than Eight Miles High or the Fifth Dimension. And the line read from an astronomy text by Jenner about 'Pluto was only discovered in 1930' being a convenient signifier of countercultural-cred (highlighting 'Western constructs' etc) chiming with the idea of London Free School breaking out of Western academia, incorporating people like John Michell exploring 'natural philosophy' amongst other things.


(As Rosemary Breen has alluded to, I don't see any particular evidence that stuff like the I-Ching, Sant Mat, occult writings etc were ever necessarily major interests nor beliefs for the young Barrett - more like eclectic influences from the Beat/ Boho milieu which fed into the Pink Floyd live sets... the various interviews suggest a broader quest for 'freedom' both generally and from the academic realm of art/ creativity.

Barrett recalled in 1971 'I was really surprised that UFO finished.. Joe Boyd did all the work on it and I was really amazed when he left. What we were doing was a microcosm of the whole sort of philosophy and it tended to be a little bit cheap...I thought it was good fun...')


I've always got a whiff of the Daleks from the vocal line, and I think that would fit timing-wise as a contemporary reference? Although it was also dubbed 'An Astral Chant' so perhaps it's just supposed to sound like a kind of sermon?


Barry Miles wrote a great paragraph in Pink Floyd: The Early Years on how Barrett applied a similar collage approach in visual art and music at this time... Vegetable Man being another notable example of referencing TV (Car 54 Where are You?)
Top

Work on George Harrison's All Things Must Pass was going on at Abbey Road at the same time as Atom Heart Mother, and it features quite a lot of Harrison's slide guitar as well as Pete Drake on the pedal steel. Gilmour picked up a Fender 1000 pedal steel guitar at a pawn shop around the same time, and used it (or one of the lap steels he bought later) on just about 25% of everything they recorded after that.

The pedal steel part in "Behind That Locked Door" is very similar to the one in "Wish You Were Here" - though you can really only hear it in the quad mixes. It's also the only time you ever hear him use the pedals, other than on the Unicorn tracks he produced.

The real "Theme for an Imaginary Western", which came out the year before Atom Heart Mother, and was a running joke of a working title for Gilmour's chord progression that the title track was built around.

Thanks for this video Ziggy. I didn't know a real song "Theme for an Imaginary Western" in fact exist
Top

"For me, the perfect pop song is 'Waterloo Sunset' by the Kinks. I would have loved to have written that." - David Gilmour