Another musician with whom Pink Floyd members had a quite close contact, and sometimes they cooperated is Robert Wyatt. Wayatt is a former drummer and singer of Soft Machine. In the very beginning, Pink Floyd and Soft Machine often shared a scene together at UFO and Marquee Club. Everyone here probably already knows that Wyatt suffered an accident when he fell from a fourth-floor window and broked a spine. Pink Floyd performed two benefit concerts, in one day, (Nov 4. 1973) at London's Rainbow Theatre, supported by Soft Machine for Wyatt.

Soft Machine was also the backing band on most of Madcap Laughs, except for Kevin Ayers, who had just left the band - but at the same time, Syd contributed some guitar to Ayers' first solo album, Joy of a Toy.

Wyatt sang lead vocals on all but one song on Nick Mason's Fictitious Sports.
Top

Recorded with Soft Machine for The Madcap Laughs, but re-recorded with Gilmour on bass and drums and retitled "Octopus".

Gilmour thought the songs had lost some of their "Barrett-ness" in the earlier sessions. I've always preferred the Soft Machine version, by far.

He also played cornet on "The Girl in the Yellow Dress", but I haven't come across any live footage of Robert playing it.
Top

He's probably not on enough to make a whole thread about, but Rado "Bob" Klose is also on "The Girl in the Yellow Dress", as well as "On An Island" and "The Blue" - and of course, 1965: Their First Recordings. He had joined the band before Syd, when Roger and Rick were both playing rhythm guitar, while Clive Metcalfe played bass and Keith Noble and (future Mrs. Rick Wright) Juliette Gale sharing the vocals (and Nick on drums, as always). Out of all of those people in the band at the same time, Rick later said, "He was really a far better musician than any of the rest of us."

He also recorded an album with Keith Noble in 1970 called Mr. Compromise. 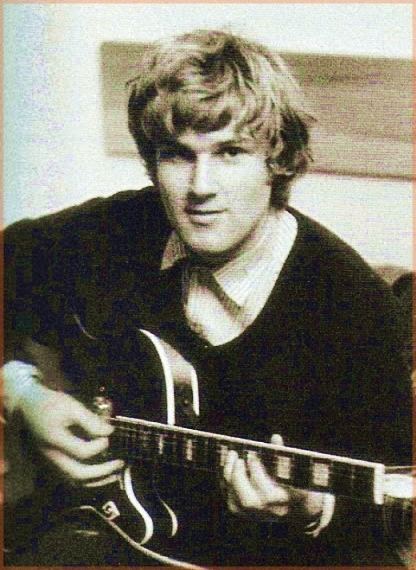