There is a comedy web series about Pink Floyd that's going to go onto Youtube. This is a link to the trailer: 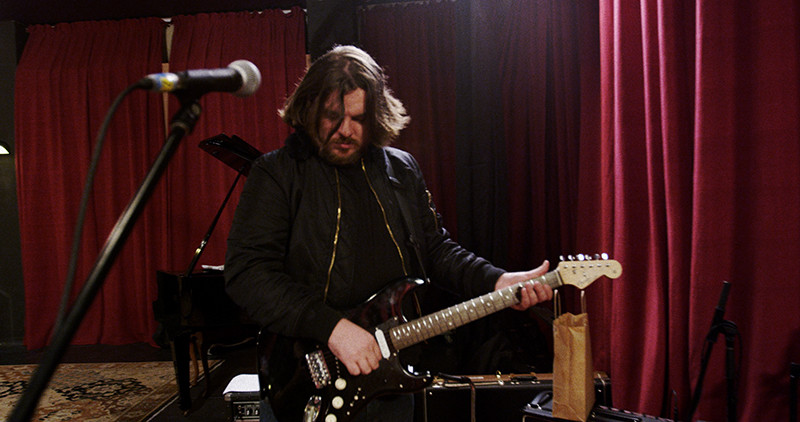 That is not a very nice way to speak to a new member of the forum. One warning issued for you.
Top

Holy shit we still have warnings!

Ok, I will be more objective in my criticism.

1) The band is played by fat Australians, whereas Pink Floyd were played by thin English dudes in the '70s at least.
2) Said corpulent colonials don't even try and sound British (Pink Floyd are a British band, you might like them!).
3) This sort of stoner-frat "more cowbell" humour has been done endlessly, and almost entirely better elsewhere.
4) Rick Wright is bald here for some reason.
5) The bass played by "Roger Waters" has a jazz bass pickup retrofitted down at the bridge. This is clearly a historic inaccuracy.
6) I cannot fit any of this in with stuff Pink Floyd said or did. Where did the tax dodging come in? What has any of this got to do with Pink Floyd?
7) This whole thing reeks of self-congratulatory hipster bollocks.

It isn't that funny. The jokes (all two of them) are contrived bullshit.
9) Any moron can film their stoner buddies on a GoPro and feed it through the 'Apocalypse Now' filter to make it look totes vintage.
10) The guy that uploaded this makes unfunny claymations.

Hello to "my breakfast" and thank you.

1) The cast are fat, Floyd weren't then.
Yes, but only one of the characters are really fat which is Dave. Gilmour got fat about 10 years after these events, but fat is funny.
2) They're Australian!
Yes almost all have Australian accents. That's post-modern think of Monty Python's Life of Brian's Cockney accents and idioms. Or Some Big Train sketches. Note the name of this post.
3) This Stoner-frat humour is better elsewhere.
Yes but this is free, budget entertainment.
4) Rick is bald!
Yes but if you watch the first ep you'll see how the show gets around that.
5) Rog's bass has a bridge pick-up.
Yes that's a really well spotted error. Note though the black bridge pick-up on Dave's strat.
6) Did they do any of this Tax dodging ect...
It's partly inspired by actual events but mostly made up. So yes they did try to dodge a tax problem by investing into dodgy companies which folded causing a financial crisis before they produced The Wall. One company they bought into manufactured skateboards according to: "The Inside Story of Pink Floyd." Skateboards were changed to Frisbees in the series because that's funnier.
7) It's self-congratulatory Hipster bollocks.
It might be a bit but that's pretty broad and it's a mix of different styles.

Not funny, contrived ect...
Yes the trailer isn't that funny. But the series is if you're in the mood.
9) Any moron can use Gopro film friends and filter it.
Well this is I find out you're not a film-maker. It's a lot harder than that kid.
10) The guy makes unfunny clay-mations.
The Clay-mation guy didn't work on this aside from some props. As for unfunny, we'll we can't all be Lion Tamers.

First 3 eps should be up Early July.
Top

That is entirely forgivable, because; The Eps are up here:

Note how good the "live" music is in Ep 10 by the Pig's Pudding crew. Play it on a big sound system for the full effect. Maybe rock isn't dead.