When the wind blows

All discussion related specifically to Roger Waters.
10 posts • Page 1 of 1

When the wind blows

Does anybody think that Rogers part on When the wind blows could have been slotted into Radio KAOS perhaps between Four minutes and The tide is turning?

I know that war never happened in KAOS but if you use your imagination... Just maybe?
Top

When the wind blows is much too diverse from Radio Kaos, it would be like trying to add Dark side of the moon and AMLOR together, it just wouldn't make sense, IMO.
Top 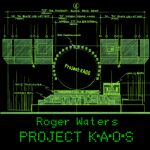 I have a tape somewhere, I made long ago (possibly before the Project KAOS thing - must have been on a lot of people's minds), with all of Roger's When The Wind Blows stuff and KAOS - I like it that way - I think it fits well.
Top

Thats interesting. I had not been aware of the Project KAOS.

I agree that putting DSOTM & AMLOR together wouldn't make much sense because the two are from differnt eras and cover different subject matters. Wind (1986) & KAOS (1987) are similar in date and subject matter. Their composer is also the same person who was obviously in that frame of mind at that time. They're not the same in many ways, but perhaps they go together well as a "set".
Top

I have Project KAOS...

YES, Roger's stuff from When The Wind Blows fits in nicely with the rest of KAOS, I think.
Top

During the Hamilton show of 87-11-10 (which, BTW, is being torrented here), Roger takes questions from the audience. One of the fans ask if Roger's input into When The Wind Blows will be part of that night's concert. Sadly, he says 'no'.
Top

The little morse code sound can be found on both, as if they might have a connection.
Top

You know, I'd really be interested in getting a lossless version of this Project KAOS. There's no chance it could be torrented on Demonoid or here, is there?
Top

I forget where I got my copy...I'm thinking Drafsack for some reason...but the version I got was a CD copy made from a CD copy...etc.

Lossless as far as I can tell...

Go to the ROIO section and start a thread saying that you'd like to do a B&P for this.

I'd offer to make you a copy of mine...but I think my car ate it