The death of Pink Floyd founder and sixties icon Syd Barrett in July 2006 was greeted with great sadness all over the world. Though his star shone but briefly, Syd’s creativity continues to inspire generations of musicians; he perhaps more than any other artist sowed the seeds of the creative flowering that characterised the 60’s underground psychedelic movement.

The City Wakes will be the world’s first official tribute to Syd Barrett and will incorporate a series of multi-faceted events that are expected to generate considerable international interest.

Premiering in Syd’s hometown of Cambridge, before transferring to London, The City Wakes is an ambitious insight into Syd’s early life, organised by arts and mental health charity and professional production house Escape Artists, which will celebrate the creative mind of this fascinating figure.

The series of exciting events has the full support of Syd’s family and friends. Highlights will include:

* Concert performances presenting fresh interpretations of Syd’s greatest songs. Directed by award-winning musician and composer, Simon Gunton, the production will showcase specially-created video art and stunning Floyd-esque lighting displays and will culminate in a one-off gala performance of the concert.

* A new book of interviews and memorabilia, based on the memories and collections of Syd's friends and family. Focussing on Syd's early life and the exciting Cambridge cultural scene in which he was such key figure, the book includes interviews, photos, drawings and letters that have never been seen in print before.

* Special guided tours for fans of all the major Syd Barrett and Pink Floyd-related historic sites in Cambridge.

* Music workshops under the expert eye of The City Wakes Musical Director, Simon Gunton offering members of the public the opportunity to explore the surreal genius behind Syd’s wonderfully unorthodox music and lyrics.

* A recreation of a 1960s-style ‘happening’ – directed and hosted by a group of Syd’s former friends here.

Beat poet and author William Pryor, film director Nigel Lesmoir-Gordon and film maker and internationally renowned glass artist Anthony Stern will also be involved. The City Wakes is a chance for the City of Cambridge, and Syd Barrett fans from all over the world to pay tribute to a very special talent.

“I am thrilled to be involved in this project. Syd, my brother, was someone for whom creativity was as necessary as breathing. His music and painting were such an integral part of his being that without them he couldn’t function.”

“It's a great privilege to be involved in this project. Syd Barrett's breakthrough hits for Pink Floyd made a big impression on me when I was young. I never thought, some forty years later, that I'd be able to assist in bringing those songs to new audiences and in helping to stage an exhibition of Syd's paintings in his hometown. The fact that this is all happening in Cambridge, the city in which the Pink Floyd story began, and that so many of Syd's old friends are getting back together, through The City Wakes, to celebrate his achievements, only adds to the unique and special nature of the events.”

“Syd was an unbelievably talented musician and to be able to work with his songs is a real honour. It seems to me that one of the great things about Syd was that he never played a song quite the same way twice. It’s amazing to be able to carry on that tradition; the insight and creative input of the mental health care service users with whom I’m working has been just incredible and his given me a whole new perspective on Syd’s music.”
Top

So.... is anyone going to any of the events being held for this??

Maybe, maybe not. Haven't decided yet. I'm a last minute kind of girl.

It's awesome. I came over all warm and glowing with the kind folk there and the absence of petty squabbles.
(Excuse me whilst I crack one off - do carry on)
Top

no money for air fares
Top

If I happen to be over that side of the country for any reason - but no, I wouldn't make a special trip. It all seems a little sycophantic somehow. The guy was great; he will be missed; he's gone; let us have the memories without regurgitating them for other purposes.
Top

I was really excited when I first about this...but it's impossible for me to make it.
Top

I may try and go see some of it. But it is so far away from where I live!! Although I guess it is much further for some people who dont live in England!!

They should take it on tour and bring it to Manchester or Liverpool. I must suggest it to them!!

Had anyone seen these rare photos before they were shared the other month? 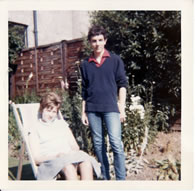 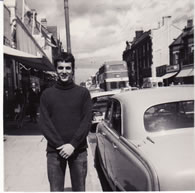 The Madcap The Show
Embryo

The Madcap The Show

Hi, I'm Malcolm Boyle; the writer and performer of The Madcap - a show about Syd Barrett. I\ve revised and relaunched the show since Syd's death, and following a successful show at the ICA last year, it's being performed as part of The City Wakes festival.

To find out more about the show and book tickets, please visit this link:

I'd love to get feedback from Syd and Floyd fans who've seen the show. Take a look at the show's MySpace site:

Hope to meet some of you there..
Top

Hi all,
My name is John Douglas and I am writing to inform you of a Syd Barrett inspired song by my band, The Trashcan Sinatras, being released in conjunction with the Syd Barrett Tribute Events at The City Wakes Festival in Cambridge. The proceeds go to the Syd Barrett Trust, an affiliated charity associated with Escape Artists, one of the charities directors is Rosemary Breen, Syd's sister.

Here is a link to The City Wakes website with information about the song, it's inspiration and release dates.

Don't worry, not a competition at all...

Not going to do any advertising but it is dedicated to him, yes. We discuss PF as well, as naturally most of us are PF fans too, post- Syd, but perhaps not post "The Wall"...

But I agree, quite different, we switch food recipes, discuss all kinds of music, any kind of topic really and post pretty pictures of our terriers, or at least I do...very nice and cosy place indeed!

But seriously, anyone who has the opportunity to attend this should come and it is for a good cause....and who doesn't want to have a chat with Mick Rock or Storm Thorgerson, see all the places that was important to all of the Cambridge boys and hear what their peers has to say in nice little pubs? The program above is not finished yet, and I think I have mentioned before that this is a once in a lifetime experience, will probably never happen in this scale with all these people contributing.

I am traveling from Norway...what is your excuse?
Top

I am traveling from Norway...what is your excuse?

I will say broken jaw.... and that perhaps some of the events will come up North a little closer to home!!

Hmm, I will send you a thought while I eat some cheese, remembering the great books I bought in Chester, the crooked tower of the church spire in Chesterfield, but it will all fade like the Cheshire Cat, only leaving a smile behind, when the fun begins in Cambridge

Bea Day wrote: Don't worry, not a competition at all...

How was anything I wrote a diss to Latenight or any of the forum members there? Some mods don't like links to other sites so I was explaining that it was a predominantly Barrett related site, nothing more.
Top

Relax, I was teasing you!

Didn't you see the smileys? I doubt any members here or there took offense, not me at least, I just observe for a girl who is mostly into Barrett is spending most of her time here and not there....anymore

I once told you this was the "big scary world" for me, Neptune, afraid of the serious boys with the great stereos in thousands, despite my stereo is darn good for a girl and I did play DSOTM when I tested the B&O record player before buying it in 89

Afraid to jump in, satisfied with only being a lurker.

Enough of that, and you must admit that nick is difficult!

And no offense to you Mr. Jordan, this is a great place, it is just so awfully big, so it is hard to get a hold of it all together other than to put in a comment on a sleeve or two once in a while in the general PF-talk, or a general comment , or as of now try to get more PF fans to come to Cambridge. Here on this site. The more, the merrier. As mentioned, will be lots of stuff relevant not only for Piper/Barrett fans, but the rest as well. PF history!

Aah, BTW Mojo this October killed any hope one might have had of Gilmour showing up for the gala night and as for Rick

I just don't see either Mason or Waters showing up, but if any, my guess would be Waters...

Have no idea why, but....and where did all the money come from???? In June they had no instruments because they were stolen and the whole thing was in jeopardy of not happening, and now...this gigantic project

Any ideas as to where the money came from???
Top
19 posts