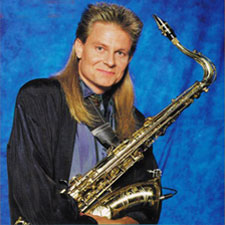 him and Pat Sharp have the ultimate 80's mullets
Top

This has been mentioned fairly regularly over the years, in forums and comment sections, anyway - but can anyone actually point to a quote from anyone (Roger included!) that Gilmour ever approached the record company about releasing a solo album, or about releasing AMLoR as a solo album, and being told no? Even according to Roger, Bob Ezrin had been hired no later than April '86 to work on a new Pink Floyd album, because that's when he bailed on Radio KAOS. Roger had issued his statement in December '85 saying that he was no longer part of the band, and had even agreed not to interfere with Dave and Nick's future Pink Floyd projects in order to get When the Wind Blows released. Dave and Nick then had new accounts set up to manage those projects, which promptly made Roger shit a brick and attempt to formally dissolve Pink Floyd as a business entity. Ezrin went to England in June '86 to go through Gilmour's demo recordings, including sessions with Jon Carin from earlier that year.

"We could have taken five years to make another album, but Roger looking over the gunsights at us made it happen in 10 months. There was absolutely no 'maybe we should, maybe we shouldn't.' It was 'let's do it now, who do we need, how will we do it.' It was galvanizing." - Nick Mason, 1988

So...when would this Gilmour solo album have been shot down?
Top

From an interview in Creem magazine, Feb. '88:

Creem: When you went in to record this album, were there things that you felt you had to put on it in order to make it a Pink Floyd-sounding album?

DG: No, no, we had a load of demos...I had a load of demos that I had been working with, but basically we gathered in a studio in London - Nick and myself and Bob Ezrin, late September of last year - and some of my pieces were not as popular as others. We wrote some new stuff and threw others away and gradually we whittled it down.....

NM: And then we whittled it up. The first demos that Dave gave me had the Learning To Fly idea, it had the Dogs Of War idea; everything on it was potentially a good track and that's what it launched from.

Creem: Was it all new stuff or was it stuff that you'd been sitting on for a few years?

DG: The Dogs Of War track, without the lyrics, I has sitting around for maybe a couple of years; the Terminal Frost track, too.

NM: Some of it goes back even farther than that!

DG: Part Two of Signs of Life was actually done in 1977, I think. The guitar and the whistling answers was actually a demo that I did in '77 or '78. We had to replace the actual guitar, but the backing chords are from an ancient thing I did. Most of the rest of it was written within the past two years.
Top

"We were down to a two-piece for a while, Rick having gone his own merry way for reasons that have been explained in great length and tedium before. So getting Rick and Nick back in were important. It was a tricky old period of time. There’s a myth that at some point we decided to turn a David Gilmour solo album into a Pink Floyd album. That’s not strictly correct. There were a few pieces of music that I had that helped us to get started. It’s a good album, it’s got some really good moments to it." - Gilmour, 2015
Top

^^
Interesting to read this. I feel like if anything else this illustrates that it was probably ill advised to release the album until they'd gotten Rick to play on it some more, and Nick's presence is not as large on it as it should have been with the drum programming, but the 2019 mix seems to have rectified much of these issues and I much prefer that mix these days anyway.
Top

ZiggyZipgun wrote: ↑Mon Apr 05, 2021 2:15 pm "We were down to a two-piece for a while, Rick having gone his own merry way for reasons that have been explained in great length and tedium before. So getting Rick and Nick back in were important. It was a tricky old period of time. There’s a myth that at some point we decided to turn a David Gilmour solo album into a Pink Floyd album. That’s not strictly correct. There were a few pieces of music that I had that helped us to get started. It’s a good album, it’s got some really good moments to it." - Gilmour, 2015

good find. Sadly people will always assume that is how this album started and that David was cashing on the name Pink Floyd by carrying on.
Top

"Signs of Life", "A New Machine", and the intro to "Sorrow" are all built around the same riff that he came up with in '77 or '78, and for me, they're the highlights of the album.

"'New Machine' has a sound I've never heard anyone do. The noise gates, the Vocoders, opened up something new which to me seemed like a wonderful sound effect that no one had done before; it's innovation of a sort." - Gilmour, 1992

Delving into new technology is as much the theme of the album as anything else, but there are two songs that I think may have influenced "A New Machine":