This thread is to discuss Pink Floyds Pulse. 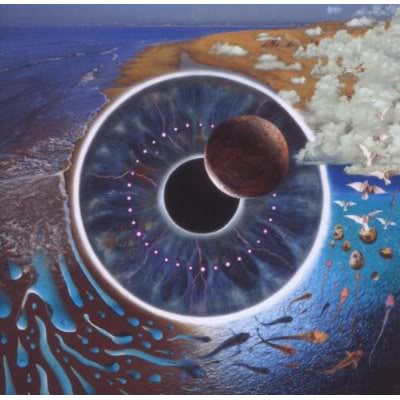 I bought this on VHS and never managed to get through it. Now I don't have a VCR player and have no intentions of buying it on DVD.
Top

a friend of mine borrowed his Pulse DVD to me but I never watched it. Now he says I can keep it !

I gave it a 4. Wish You Were Here from this album was the first Floyd recording I heard and I think it is quite a good performance of Pink Floyd/David Gilmour/Polly Samson material. Very good indeed.
Top

I bought the cd of this as soon as it came out
I sold it soon after, as I was in university and would rather have the money

Storms packaging, with the blinking light and all that, is the main reason to own the album
(if I could ever find the vinyl for an affordable prioce I would buy that version, as it was a thing of beauty)
the musical performances are too similar to the original studio versions to be of interest, except even more sterile, with what differences? a very forced sounding "jam" in Money, which other shows from the same tour (and the last) show to have been just as choreographed as every other note they played, and a few bonus wierd noises at the beginning of Run Like Hell

the dvd on the other hand is well worth getting, for one thing its more interesting to watch the performance, with all the legendary visual effects, than it is to listen to it
but even better is all the bonus features: screen films both from this tour and the original 70s versions, and even a section of bootleg audience footage for the songs that were not professionally documented
even if this isnt my favourite album or tour, the dvd does successfully do what Id like to see them do when rereleasing all their backcatalog
Top


...or was that a joke about the ENYGMA conspiracy?


To be honest I quite like some of the performances on this release. I favor the Confortably Numb solo over the original studio version, same goes for the Run Like Hell extended intro and ending. But the thing that pisses me off is that the video versions are better and longer than the audio versions, so when I would listen to the PULSE album I would always get the lame version of the song and not the one I really wanted to listen to. Same goes with One Of These Days, which was my favourite moment from the broadcast and didn't even appear on the album version, so it made buy Works (Meddle wasn't available at my record store) so I could listen to that track, but the studio version didn't have the extended solos of the Pulse video, so big disappointment again, damn those extended Gilmour guitar solos! -- yes, PULSE was one of my first PF experiences, the other being watching a VHS copy of The Wall movie and Berlin show a couple months before, good memories. At first I liked some of the Division Bell songs included on the audio release, like Day For Freedom and Back To Life, but I quickly got booooored with them. Still enjoy High Hopes and the earth song though, and SOYCD, but never been a fan of this live version of DSOTM either, or, worst of all, ABITW2. I would only listen to the second disc for the encore.

Interesting packaging also. I wonder what was the thing with the floating naked man and all those symbols?

So although I don't think very highly of this release now, I gotta admit it was succesful with getting me into Pink Floyd

Well the album and dvd were polished versions of the show that was aired on the BBC and some pay per view channels in the USA and right at the end of the dark side suite Dave said something along the lines of "and its thanks to our old cohort Roger for writing those wonderful lyrics which I get to sing every night". That quote was edited from the album and dvd.
Top

I gave it a 5. Why? Because its Pink Floyd. Just by having Pink Floyd written on it it is automatically better than a) All music recorded since, b) most music recorded both and c) hell I'm a Pink Floyd fan and incapable of rational judgement. It has Dave Gilmour in it! He might be a liver-spot riddled pot-bellied old man but he's so hawt!

Plus that solo he plays on Comfortably Numb? Back in the 1980s when I was still failing at community college my buddies and I used to sit in my car and get totally blazed listening to The Wall so therefore I know far more about this stuff than anybody else. Plus I once played in a band that played a few local bars and once played to 500 people back when spandex was fashionable though I had to fight the bassist because he used Korean equipment and they are all damn commies over there just like our current muslim president "Barack" Husein Obama. Still I was once totally poised for stardom a long time ago and therefore when I here Pulse its like I'm there, because back when I was on college in the mid '80s learning how to write sentences I used to get totally blazed and listen to Animals because my best friend had the 8-track for that which was amazing when we were all blazed out there sitting in my '74 Pontiac. Seriously though one time my band played this biker gig and we started out playing Welcome to the Machine and some of those big dudes down the front were really digging it but later our drummer downed like half a bottle of Jaeger and nearly got his ass handed to him by these big Harley dudes with pool cues and somebody called the cops. I still think about this when I listen to Pulse. I still see the bassist though he has kids though but the drummer ended up doing a 10 year stint for aggrevated assault back when spandex was still in fashion and there were commies making guitars in china or some other place I cannot locate on a map.

Can I stop yet?

If they had included One Of These Days (which was released on a single and is available on the dvd) it would be improved. I will vote soon...probably a 2. At least Astronomy Domine is on it.
Top

Luckily eneough to have all editions , cassette , CD and the vinyl boxed set , which I picked up for 20 quid in a local second hand record shop..pure gold dust eh !!!
Top

Put on the Pulse-dvd, yesterday, after seeing In the Flesh - live and must admit that I think Dave plays the living shit out of Snowy White and Doyle Bramhall II.
The sound is also better, even though Roger is a sound-freak himself!
When listened to in 5.1 and a bit of throttle, it's like being there yourself - and even the lightshow is incomparable...
The encore with CN and Run like hell is (almost) better than sex, g'damn - it's, it's good!!
Top

The instrumentals are good but the vocals...you can tell they're middle aged men beyond their years, lol.
I passed on this one after sampling a few songs on youtube.
Top
69 posts