Interesting. Thanks for the info, I may actually buy this one.
Top

...you cant really see the whole thing, but i can clearly see the final result...average...

I wonder what happened to Storm - Dave connection?
Storm what practically a Floyd member through the years and I'm sure that noone would have done it better...
I know he wants to separate David Gilmour from Pink Floyd...but come on...Floyd roots are a huge part of him...and he will never be able to escape from that.

I think the separation of David from Pink Floyd is exactly why he went with Steve Knee. I like the On and Island artwork, though like you, what I've seen of the cover so far is underwhelming.

It's no worse than the cover of his In Concert DVD though, which Storm designed.
Top

I think this DVD will be a lot more interesting as a tour souvenier for those who actually saw the guy in concert, as opposed to those who do not "remember the night".

I would much prefer a Roger 2007 official DVD, not because I think it would be better, but simply because I did get to see one of those gigs, and so therefore it would help recapture the moment.

Having said that, I will definitely be buying Dave's DVD.
Top

Pat Albertson wrote:I think this DVD will be a lot more interesting as a tour souvenier for those who actually saw the guy in concert, as opposed to those who do not "remember the night".

I would much prefer a Roger 2007 official DVD, not because I think it would be better, but simply because I did get to see one of those gigs, and so therefore it would help recapture the moment.

Having said that, I will definitely be buying Dave's DVD.

I think you're right. I was at all three night of the RAH and they were fantastic but from what I seen of the likely inclusions for this DVD, I'm really disappointed.

There's been no mention of Fat Old Sun. This was the song I enjoyed most after Echoes. The version played on Wednesday, 31 May was superb. The band rocked out at the end of this song and were seen to be thoroughly enjoying themselves. Indeed, it was the best Fat Old Sun I've ever heard and it bought a tear to my eye.

I'm glad to see that High Hopes will be included and hope it will be the Monday night version. The acoustic at the end was crystal clear.

I can't believe that Nick's version of WYWH might not be included and also Wearing The Inside Out.

The biggest dissapointment for me is that Rick's Arnold Layne won't be on it. Instead we'll get Bowie's effort, a man who in my opinion has sold his soul as an artist. He wouldn't have even known the words of the song if it hadn't of been for Rick!

I'm a huge Gilmour fan and an even bigger Rick Wright fan, but after seeing Roger at Hyde Park last July, all I can say after this is roll on Roger and Earls Court in May!
Top

Personally, I think that Bowie's vocals on Arnold Layne were much better than Rick's. Rick sounded out of key and fragile...
Top

I really liked both versions on the CD release, but I think I prefer Rick's vocal... Bowie stated that "Arnold Layne" changed his life when it first came out, something about it being a genuinely English song/performance (perhaps he identified with the transvestitism as well).
Top

I'll buy the DVD, but I'm kind of pissed at the release date jumping from "june?" to "ALL THE WAY IN SEPTEMBER". That's a good amount of months.
I wouldn't be angry if one of them could explain what takes so long.

That is, unless they're moving it to not interfere with the big Floyd reunion at Live Earth... or the box set Storm mentioned... or respect for Rog's tour (sure)... or Rick's solo album... or Nick's planet-circling stadium tour.
Top

That is a long time to wait, but do you remember PULSE (shudder)?
Top

I'll buy it. Looks like I'll end up with the Abby Road dvd first.
Top 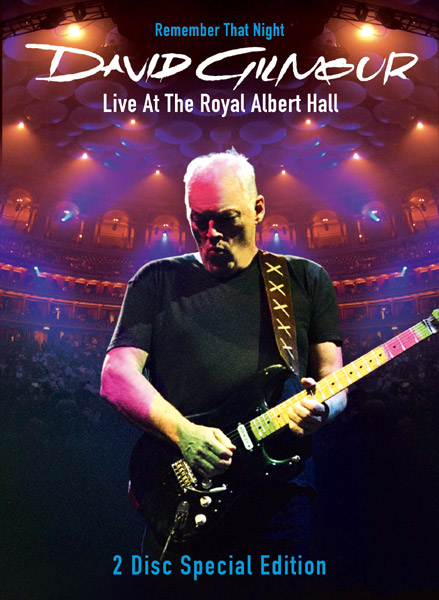 Ha ha, Gilmour making one of his funny faces...when I used to play air guitar back in the eighties, I had all his quirky facial expressions down to a tee!
Top

cynic that i am Im expecting Dominoes/CBtL rather than FOS/WutD
cuz 1. Dominoes will make an additional tribute to syd
and 2. polly likes the boring song and its been on every live set officially released since tDB, itll be on this one as well

maybe the 2 good songs will be bonus tracks, like he did with the Meltdown DVD?
Top

It will be a tragedy if FoS and WuTD don't make it in some form on this release.
Top

i really hope that Astronomy Domine will make it as a bonus on the dvd...
Top

So far these songs has been revealed:


I hope Wearing The Inside Out will be included!
Top
30 posts