Not much of a concept, given the content of "If" and "Summer '68" don't have anything to do with the pastoral theme. They went into the studio empty-handed, since they're weren't able to make an album from their Zabriskie Point sessions. They recorded the basic version of the title track, and handed it off to Ron Geesin to do whatever he wanted. The fact that they each wrote one song, and then assembled another piece to fill out that side, probably just came down to equal division of labor. "Rise and Shine" is based on keyboard parts that Rick played during the major key version of "Careful With That Axe, Eugene" during the ZP sessions ("Explosion" on Devi/ation) and "Sunny Side Up" is essentially a half-tempo version of "Love Scene Version 7", but with pedal steel guitar added (since he bought it while touring in between). "Recorded March through August" sounds like a lot of time, but they also worked on Barrett (a lot of which fits nicely with Side 2), Music From 'The Body' (with all of them appearing on "Give Birth to a Smile"), played at least 9 shows, rebuilt their quadraphonic sound system, and began discussions with Roman Polanski, Roland Petit, and others for a really bizarre project that was ultimately aborted (though they ended up doing a few performances with Petit's ballet a few years later). The whole album was pretty much thrown together as quickly as possible, because their next tour was scheduled to start before they'd even be able to release it. To add to the confusion, Syd was still loitering in the studio while they worked on it.
Top

An album I love very much. I admit though, I enjoyed it much more before I learned of the bands hatred and embarrassment surrounding it. That was pretty disappointing.

When I discovered Floyd in the very early 1990s AHM was just so different from everything else I was listening to, even contemporary stuff.

AHM just felt so mysterious and strange. At times I often wonder how such “average” musicians and pulled off a sound and vision so unlike anything else and AHM encapsulates that - even if the band don’t like it.
Top

^Right?!!
There's just this magic. It's not an amateur performance. It's a really tight band. It appears effortless but then you get the whole sound of them playing together. It's really regrettable certain band members have a low opinion of the record.
It's probably the last "innocence" album from the band. Meddle onwards had er... "Grown up" Production.
Have you tried listening to AHM then Is There Anybody Out There? back to back? I think for serotonin purposes, maybe ITAOT? then AHM.
Top

cigar73 wrote: ↑Mon Oct 12, 2020 8:51 am
When I discovered Floyd in the very early 1990s AHM was just so different from everything else I was listening to, even contemporary stuff.

AHM just felt so mysterious and strange. At times I often wonder how such “average” musicians and pulled off a sound and vision so unlike anything else and AHM encapsulates that - even if the band don’t like it.

This is exactly how I felt when I discovered AHM for the first time. I love AHM, and I will always love that album. Whatever the members of Pink Floyd may think about it. They have no idea what great music is!

I finally took the plunge with this one.

Maybe, it's been noticed that I've been talking up the Japanese pressings of Floyd records I've been acquiring lately, but this one...

I ordered it on the Toshiba created red vinyl.

I ordered it last week...hoping that it arrives this weekend.
Top 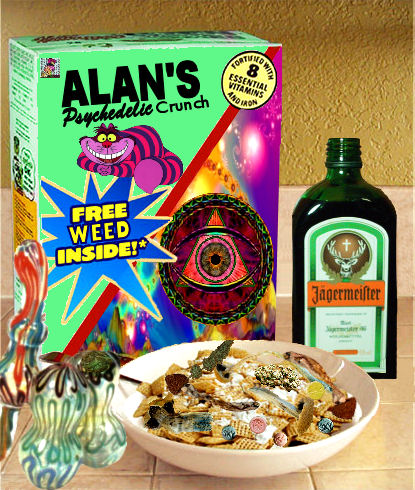 ^^
I feel like I'm having a stroke looking at that image.
Top
112 posts