I first heard this album when I was very young (as I did almost everything Floyd), back when blanket hatred against "80s production" was completely alien to me (thank goodness!), and it has weathered my growing-up extremely well - maybe if I'd heard it for the first time this year (like I did Zee's Identity) I'd have a harder time getting into it, but instead I've always had lots of love for the songs, and I don't even notice the quirks of the production.

Me or Him is probably my favorite song, even though it was my least favorite when I first heard the album (alongside Four Minutes, which has also grown on me over the years). The section when Roger is saying the "forgive me for I have sinned" bit alongside a man shouting the same lyrics sends shivers down my spine every time. Marvelous song.

I also love Who Needs Information - I've always reacted with great emotion to it, especially to "can you see the whites of their headlights?!" - as its story & imagery has created a very vivid movie sequence in my head (and the music is great).

Though these two are my favorites, I like every song quite a bit. As other fans have said above, I just wish it were longer (ala Project KAOS) and fleshed out better! It used to be my favorite of Roger's solo efforts despite its flaws, but now Pros & Cons stands a little higher.

thinking more about the transitional soundcollages:
this album might have been Rogers highpoint in using the soundcollage
the various elements linking the songs either are either narrative (Billy & Jims dialogs and associated sound effects) or are zany cryptic elements that might be (ie the whole I dont like fish routine, it must mean something)
it rivals The Wall but I think even on The Wall the sound effects are more decorative than they are here, whereas here they are the story and the songs are part of the decoration
this is a year after the When the Wind Blows soundtrack, which featured a 10minute soundcollage linking two songs ... clearly Roger was really into this stuff at this point
when he finally followed up with Amused to Death, the sound collages were a lot more perfunctory, almost like the begrudging token sound efects we'd heard on MLoR
and other than his opera, he seems to have abandoned them altogether on his few new tracks
too bad, the clever mix of sounds was always one of Rogers more unique strengths

as for Project KAOS ... I wish it didnt repeat material from WtWB, since that is an independent work which should be listened to on its own, and wish it somehow did contain Molly's Song
maybe a good 2cd gift to a fellow Roger fan would be Project KAOS as disc 1, with the "Goodbye Mr Pink Floyd" radio broadcast boot as cd2, plus Mollys Song and the newly recorded Money bside on one disc or the other as bonus tracks
Top

just listened a few songs off this album tonight. it was a mix of favourites and forgotten songs: Me Or Him, The Powers That Be, Sunset Strip (the video) and Who Need Information? and i'm glad i did. there's some awful stuff on this album but it's not overblown into AMLOR proportions. music, although dated, still sounds honest. i remember liking WNI? very much as a kid - in fact, i still think it's a great musical song and that Roger's performance is pretty good but its lyrics are an unscrutable mess. it doesn't work when put out of context and it's a shame, as much as putting a fucking saxophone instead of a guitar is a mistake. i could go on. otherwise, it is very well-orchestrated - i like the dry guitar sound in it.
Sunset Strip's video is hilarious. musically, it's also quite good in a Dire Straits' Brothers in Arms kinda way.
TPRB really suffer from the production. especially for the digital percs and the backup singing.
Me or Him is as good as it gets. nebulous lyrics though - can't root for the characters really.
Top

Well, it's way way up there anyway... some moments from Pros & Cons come to mind as well, and even one or two from AtD...

...why must I constantly second-guess myself like this? Curse of the honest man, I suppose.
Top

Awful album, I was very disapointed with it

I find the album good and give it a four. I don't mind 80's music at. Its not that crappy of an album if you would ask me. I just think Amused To Death was a better album. I find it funny someone could write music about The Cold War era but leave it up to Roger Waters to write about it.
Top 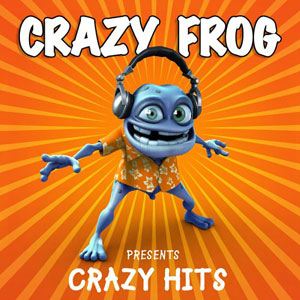 Roger believes we all need to be saved from the evil warlords who created the most despicable thing humanity ever devised that is monetarism (you know what he's like...) other than that it's wars' very terrible, end world hunger, stop nuclear bombs, world peace and all that bollocks...
Top

A strong 4 from me. It got it when it came out, and so there is that strong nostalgic feel for me. It is a fun take on pop, with a dash of Waters gloom and doom.
Top

NOTE: This is more about Project KAOS and less about the original. The original gets a 3.
One that I LOVE to listen to. Anytime, anywhere. It's a 4 in my book.
Oh, and my favorite songs are Going To Live In LA, Who Needs Information, and Home.
Top

Very '80's.
Am I the only person that really likes 'Radio Waves'?
Not an album I have played in a long time.
Top

I gave it a 4, but that's a weak 4. It's actually easily my second-favorite Waters album in terms of songs (#1 is Is This The Life We Really Want?'), but the production is really overdone and dated. Hope that Roger tries to mix the 80's out of it someday.
Top
109 posts