This thread is to discuss Syd Barretts Opel. 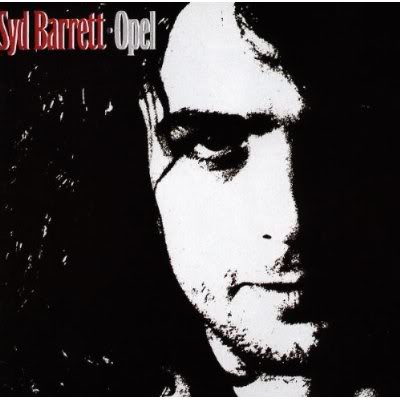 released in 1988, this was all alternate takes of songs from his 1st two albums, and songs never before released in any form
I think a few tracks are from the 1968 sessions
I just finally found a copy on vinyl, its pretty cool
sparser than his other albums

years ago I would play a cassette of this in the restaurant I worked in, and the customers would all complain
so I guess its for obsessives only
Top

J Ed wrote: years ago I would play a cassette of this in the restaurant I worked in, and the customers would all complain
so I guess its for obsessives only

This "album" is difficult to rate but it includes haunting "Opel" which is a superb opener. It made me wonder what else was left out... and for what purpose ?
Top

I think one reveiwer said it best. "Listening to this seemed more like an archeological exercise". That said there is much to enjoy on this hodgepodge compilation. Opel has already been pointed out as one of Barrett's more lovely tracks. My favorite is Swan Lee. I think the Native American story is clever and I like the backwards running track. I also find myself liking Lanky, though it seems like just an impromtu jam session. Lastly, I really like the instrumental version of Golden Hair. It shimmers with the vibes and guitar? alone.

This comp is pretty good, but the sequencing also shows another case of wrong track order choices; it lacks a good flow hence the "archeological findings" feeling while listening to it. Here's how I would have done it:

1. Opel Best song of course, logically a strong opener.
2. Dolly Rocker Establishes an acoustic and intimate mood, instead of the high contrast that creates the inclusion of C&J here.
3. Milky Way Still acoustic but more bouncy, adds energy and momentum...
4. Wined and Dined ...and we arrive to best song #2, lovely voice and guitar only rendition of one of Syd's best compositions.
5. Word Song Closing this fisrt part of the album, that so far feels like a pretty decent acoustic EP, the dreamy ambience of this song serves as a nice transition into the next set of tracks...
6. Swan Lee We jump back in time to two of the earliest solo Syd recordings from 1968.
7. Lanky Part 1 Follwing the mini-epic indian tale of the last song is this lost semi-epic psychedelic instrumental.
8. Clowns & Jugglers Chronologically and stylistically this seemed like the best place to insert this early and dissonant outtake from Madcap.
9. Rats Following the dissonance of C&J is the intesity and roughness of this demo from the 1970 sessions.
10. Let's Split Another energic but unfinished song from 1970.
11.Birdie Hop Also from 1970 but more laid back and dreamy, it sets the mood for the last few songs.
12.Wouldn't You Miss Me A more peaceful and relaxed version of one of Madcap's highlights closes the second set of acoustic songs.
13. Golden Hair Take 6 And we end with two versions of this dreamy but short piece...
14. Golden Hair Take 1 ...so putting the instrumental at the end makes the two tracks sound like one longer and extended single version of the song, with a vibes centric reprise for an outro (which is kinda reminiscent of KC's Moonchild).

If you want to include the extra tracks too, I would suggest to follow Golden Hair with the Late Night instrumental and close the whole thing with either Elephant or Gigolo Aunt.
Top

The title track is amazing, one of Syd's best. Shame it was left off Madcap Laughs. Dolly Rocker and Milky Way are great too.
Top

I love Milky Way and Opel, which has some of his most moving guitar work.
Top

I've heard the title track and it's certainly up the with effervescing elephant and dark globe, too bad Syd still couldn't break out of his mental stupor
Top

I think 'Swan Lee' is a good composition, but I dislike the messy mix as released on 'Opel'.
The compilation 'Introduction' would have been a great chance to remix it.

As released on 'Opel', the instrumental break in 'Swan Lee' ends very messy in my ears.
When the vocal comes back, one or more of the instruments fall over it as if they expected that vocal to begin later. I've always heard this as "whoops".
My guess is that this was the reason to exclude the song on 'The Madcap Laughs'.

There's an instrumental mix (with empasized backwards rhythm) which doesn't have this problem.
With the digital techniques of today it should be possible to combine that version with the isolated vocal track, which I guess is still available on a multitrack tape.

On bootlegs, there's a short bit of a version/mix with just Barrett's vocals and one guitar.
I think it would be great if that version/mix would be available complete, on an official release.

Of 'Clowns and Jugglers' there's a bit, available on bootlegs, in which the keyboard is more emphasized.
And also a bit in which an acoustic guitar can be heard.
I think these mixes are far superior to the mix on 'Opel', where the guitar solo sticks out like a sore thumb to me.

The naked version of 'Rats' on 'Opel' sounds to me like a solution for the (in my ears) messy mix on the album 'Barrett'.
'Introduction' would have been a great chance to remix (clean up) that messy mix.
Top

I just wish this had the full version of Rhamadan on it. It's a freeform freakout not far from stuff Miles Davis was doing in his Bitches Brew phase.
Top
10 posts • Page 1 of 1