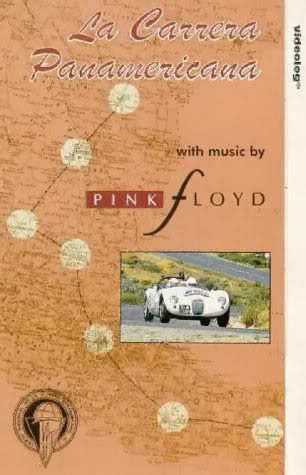 It's a bit boring.
Top

Yeh it is - the most interesting bit is when steve o'rourk drives off a cliff - and you don't even see that.
Top

Look at the bright side, at least they never made a video for NASCAR!
Top

I watched this once, still got the VHS and this is what it is. Was a pretty big deal when it came, since this was all new Floyd songs. But yeah, it was just a video thing.
Top

At the time it was released, I was excited more about the prospect of new recordings where it seemed that Mason and Wright were a bigger part of.

At that point, the foundation of post-Waters Floyd was AMLOR and their world tour. We didn't know at that point if AMLOR was their swan song (some wished it was!). The soundtrack pieces convinced me that it wasn't so difficult for the boys to collaborate in the studio for more releases.

It was also cool to hear our fav guitarist/vocalist and drummer talk about non-Floydian interests.