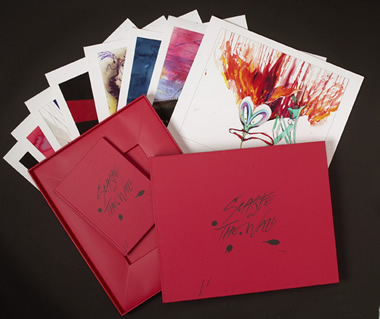 A unique box set – Scarfe on The Wall – is the ultimate collectible for Pink Floyd and Gerald Scarfe fans alike. Comprising a “monograph” book and eight limited edition prints, the set is limited to 300 copies and is available to pre-order now.

A must-have collectible for any die-hard Pink Floyd fan, each “monograph” book is signed by Roger Waters, and contains an in-depth interview with Gerald Scarfe about his creative journey and involvement with Pink Floyd in the Earls Court show and film “The Wall”. Together with this interview, the 38 page book contains his preparatory sketches and artwork for the album and animation, offering a fascinating insight into the astounding talents behind one of the most iconic concept albums of all time. 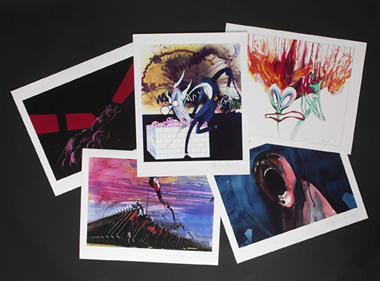 The eight prints accompanying the book include five pieces of artwork used at the time along with three previously unseen prints, inspired by Comfortably Numb, The Judge and the band onstage at Earls Court. The dramatic colours, characterisation and stylistic flourishes are instantly recognisable as the work of Scarfe, and fans will relish the chance to own a piece of such iconic imagery, presented in such a beautiful format.

The box set will be priced at £1195 for a limited time only, and is available to be pre-ordered at www.scarfeonthewall.com. The limited print run means these books are guaranteed to become collectors’ items, and will be much prized for years to come. 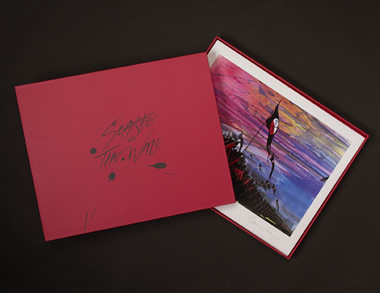 The book also contains conversations with the artist famed for bringing Pink Floyd’s vision to life. When questioned about his inspiration for the project, Gerald reminisces, “One day Roger told me he was writing this piece. He said, ‘I think we should do it together.’ So, he came here to my house and played me the tapes, which turned out to be The Wall. Roger explained that the concept was really about alienation and how all of us in life have things that can hurt us; some things more than others – your mother, your father, your girlfriend, your boyfriend, your teacher: all of them know how to belittle you and hit you in the spot where it really hurts.”

“They know your weak points and how to get through your wall. Roger’s symbolic way of putting this across was to say that we all build a wall around our vulnerable side, and as a consequence we then become walled up ourselves and are unable to show, or respond, to emotion because we’ve cut ourselves off. We’re trying to protect ourselves so much that we become desensitised.” 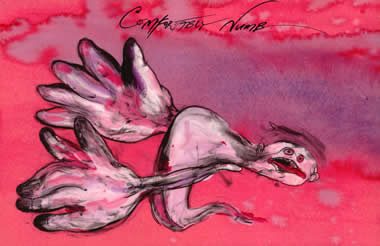 But the project was not without its difficulties, “Roger had this thought that somehow Pink [The album’s main character], should look like “Punch” of Punch and Judy fame. So I made lots of drawings – Punch within the wall, Punch on top of the wall, Punch turning into worms. There were a lot of worms involved, lots of decay and rot. Then Roger came to me one day, rather awkwardly, and said ‘I’ve been thinking about this Punch and Judy thing and I don’t think it’s a good idea really.’ I had this stack of drawings already done.” 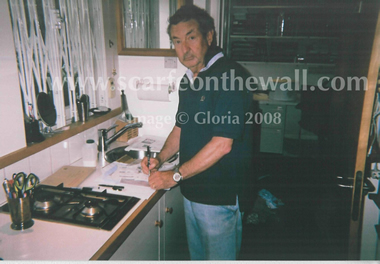 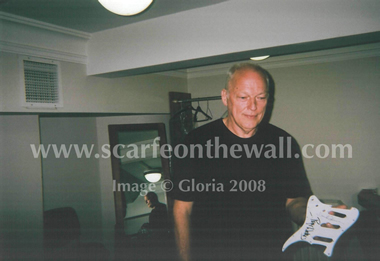 You can view all of the images above and more at high resolution in the NPF Photo Gallery.

Also, subscribe to the NPF Newsletter to remain informaed about news and site updates!