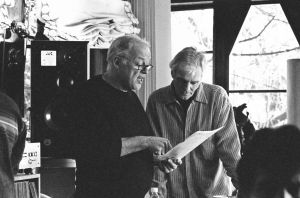 David Gilmour has assembled a brilliant band of world renowned musicians, who will join him to play the sell-out 25 date ‘On An Island’ tour. The tour, David’s first since the record-breaking 1994 Pink Floyd Division Bell tour, starts in Europe in March, goes to North America in April and returns to the UK at the end of May. ‘On An Island’, the wonderful new album, is released on 6 March 2006.

The concert set-list is still to be decided but is likely to combine David’s favourite Pink Floyd tracks with tracks from ‘On An Island’.