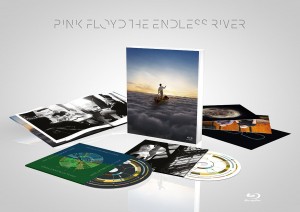 Great news for Pink Floyd fans today is that you can now listen to another Pink Floyd song from their new album The Endless River from official Pink Floyd sources, not nasty bit torrent download sites.

The song Allons-y (1), a very aptly named song which should manage fans expectations as to the type of album we are dealing with here, is available on music streaming service Spotify. You can open a free account on Spotify which is supported by advertising or pay monthly for ad free. If you have pre-ordered on Apple’s iTunes platform, you can download the song there now.

It is not long now until the new Pink Floyd album will be available for us to all listen to and experience. Given that there is only one song on the album that features vocals on Louder Than Words, it is probably worth preparing yourselves for an ambient music album. This is music from the recording of The Division Bell that has been reworked with modern studio equipment and has had over dubs recorded recently. That said, most people will probably be aware of this fact but have ordered the new Pink Floyd album off Amazon regardless and made it the best selling album by pre order sales in Amazon’s history.