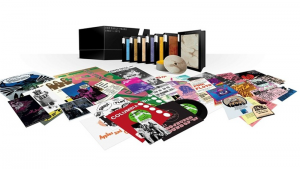 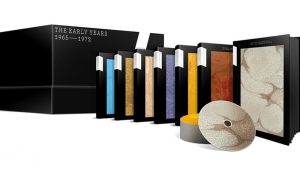 They are now going to be available separately which will make it more affordable to most of us so we can dive in and choose our favourite!

See all that are available on Amazon.com or Amazon.co.uk and enjoy yourselves!

If you would prefer to buy the already released full and complete super box set then get it from the links below and be prepared to be overwhelmed with Pink Floyd goodies!

Also available is a 2 disc highlights set which is both affordable and available immediately. Enjoy!

Further Information about The Collection

‘The Early Years: Individual Volumes’ give fans the opportunity to hear the evolution of the band and witness their part in the cultural revolution from their earliest recordings and studio sessions to the years prior to the release of ‘The Dark Side Of The Moon’. From the single Arnold Layne to the 20-minute epic Echoes, fans will see the invention of psychedelic progressive rock via an insightful collection that explores the Pink Floyd story from the time Roger Waters, Richard Wright, Nick Mason and Syd Barrett met at London’s Regent Street Polytechnic through to Syd’s departure and David Gilmour joining to form the iconic lineup.

For fans wishing to immerse themselves in the full Pink Floyd story, the complete box set ‘The Early Years: 1965-1972’ collates all of the individual volumes plus extra discs, collectables and memorabilia exclusive to the box set.

In addition to the individual volumes and the deluxe set, a 2-CD highlights album ‘The Early Years – CRE/ATION’ is also available immediately as this was released last year.