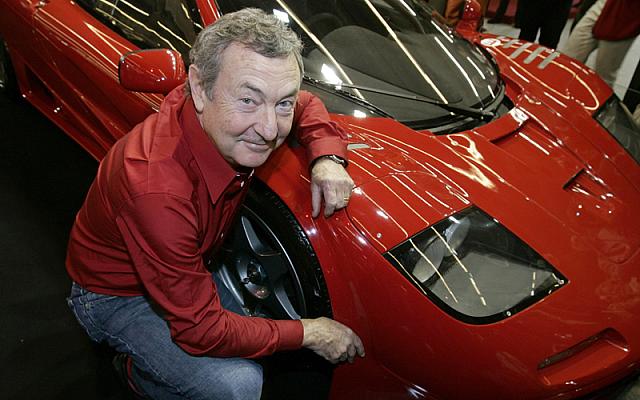 Nick Mason is a founding member of Pink Floyd and is their drummer and archivist! He has a passion for all things cars and often competes in races and show days of his impressive range of vehicles.

Growing Up – Nick Mason was born in Birmingham but was only there briefly before moving down to Hampstead in London. He attended Regent Street Polytechnic (University of Westminster) where he would meet the rest of Pink Floyd.

Early Years – Nick Mason was a major part of the Pink Floyd sound especially in the early days when the band had few songs and had to play long set lists on the London Underground and University gig circuits. Much time could be spent jamming with percussive and new drum beats from Nick Mason helping to fill out time!

Middle Years – Nick Mason didn’t sing much on Pink Floyd albums but he did offer some spoken parts on the Animals Tour in the late 1970s.

Current Years – Nick Mason can often be found driving around racecourses in his impressive array of cars. He is also the archivist of Pink Floyd hence he was able to produce an excellent Book The Inside History of Pink Floyd and was also instrumental in the putting together of the Why Pink Floyd release schedule, in particular the Immersion Box sets.