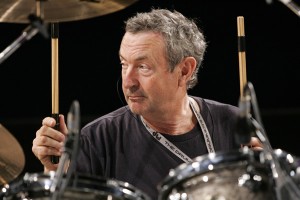 Pink Floyd drummer Nick Mason will be opening the London Drum Show 2011 on Saturday 15th October. Nick will appear on the Drummer Magazine stand for signings.

A DW, Paiste, Protection Racket, Pro-Mark and Remo artist, Nick is a celebrated drummer and an enthusiast of the London Drum Show, having visited the show in 2010.

Feel free to look at some Nick Mason Photos.