Links – Bandaged Together | Discuss on Forum 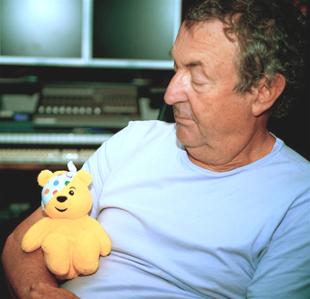 Pink Floyd drummer Nick Mason is to participate in this years Children in Need charity event. The long-running event, organised by the BBC, is to feature an album recorded at the famous Abbey Road Studios in London.

Watch the making of…

It will be released at some point in late October early November.  In addition to the album, there will be a “Making Of” broadcast as part of the Children In Need coverage on the BBC.

Make sure you are subscribed to the NPF Newsletter to remain informed about further developments. Share your opinion on this story on the NPF Forum.