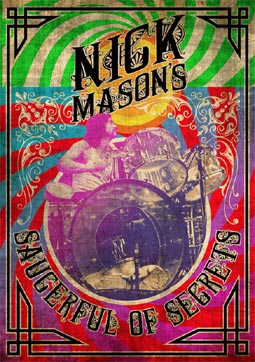 Following four intimate and acclaimed live shows at London’s Dingwalls (20 May) and The Half Moon in Putney (21, 23 and 24 May), Nick Mason’s Saucerful Of Secrets will be touring their unique live show of early Pink Floyd across Europe, including six shows in the UK.

The tickets are on sale at www.thesaucerfulofsecrets.com.

This is an opportunity to experience Pink Floyd’s celebrated and significant early body of work played live, including songs from albums The Piper At The Gates of Dawn and A Saucerful Of Secrets.