Pink Floyd are believed to have performed Fat Old Sun and Great Gig In The Sky. Dick Parry, Floyd’s touring saxophonist, played saxophone whilst following behind the coffin.

It would seem that, during the funeral, the coffin caught fire! Smoldering embers from an incence stick caused the coffin to smoulder! 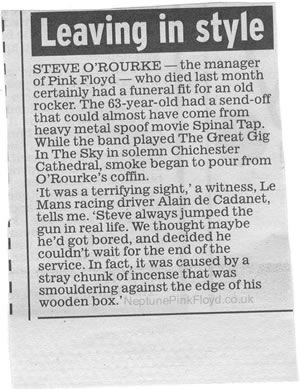