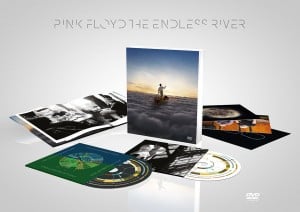 Lyricist and writer Polly Samson wrote the lyrics to Pink Floyd’s new song Louder Than Words which appears on their forthcoming album The Endless River.

This is not the first time Polly has written lyrics for Pink Floyd as she also did an excellent job on The Division Bell and her husband David Gilmour’s solo album On An Island.

David Gilmour said “there is something magical about the music the three of us make together” and this song is about capturing that. Your humble narrator thinks Polly has done a great job with the lyrics.

You can have a listen to Pink Floyds new song The Endless River if you can’t wait for it to be released next month in multiple formats. Keep in mind it is the “radio edit” and not the “extended edit“. The extended edit has several lines more lyrics in which are highlighted in the lyrics below.

We bitch and we fight
diss each other on sight
but this thing we do…
These times together
rain or shine or stormy weather
this thing we do…
With world-weary grace
we’ve taken our places
we could curse it or nurse it and give it a name.
Or stay home by the fire
felled by desire, stoking the flame.
But we’re here for the ride.

The strings bend and slide
as the hours glide by
an old pair of shoes
your favorite blues
gonna tap out the rhythm.
Let’s go with the flow
wherever it goes.
We’re more than alive.