Pre-Order The Wall Immersion from Amazon.co.uk or Amazon.com

Also… Read more about Why Pink Floyd collection and Discuss The Wall Immersion Edition on the forum, let us know your thoughts! 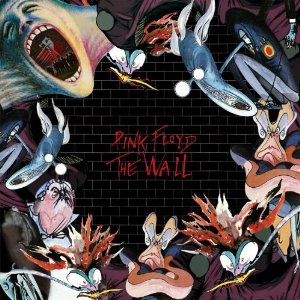 Pink Floyd’s The Wall album is one of Pink Floyd’s most popular albums both amongst fans and the general public! Although it is a grand conceptual art rock album, musically the album is very accessible in most parts due to producer Bob Ezrin’s desire to focus on a more “rock” than “prog” sound throughout the album in addition to its disco pop loops on Another Brick!

The album uses an array of characters and themes to conjure up a feeling of increasing isolation for poor old ‘Pink’ and was inspired by Roger’s increasing feelings of isolation from his audience. Dark Side of the Moon in particular had opened up the band to the forces of mass consumption by a much wider audience.

The laid back underground kids on the 1960s London Underground Scene were a far cry away from the lager louts of football stadiums shouting and screaming and being more interested in letting fireworks off than experiencing what the band had to offer. Indeed, the famous 1977 Montreal Spitting Incident is said by Roger to be one of the inspiring moments for him in writing the album.

Due to its popularity, it is threfore no surprise that EMI chose The Wall album as one of the three Immersion Edition’s in the Pink Floyd back catalogue re-release under the banner of the Why Pink Floyd release schedule. The other two being Dark Side of the Moon and Wish You Were Here of course.

Over the past few months there have been mixed opinions from fans about these new Immersion Boxsets. They comprise a giant box rammed with audio, video and merchandise like concert ticket scans, reproduced posters, marbles and other materials. They do not come cheap either and some fans are upset about that. However, they are not aimed at the casual fan to the band – that would be the reason for the new and updated Discovery versions of all the albums.

The Immersion box sets are being marketed to the more obsessive fans, the likes of whom probably have some bootleg recordings and original memorabilia and a desire to get at the archives of the band in terms of forgotten recordings and videos! Well, the Immersion Editions attempt to meet the fans desire to have access to out-takes, live performances, lost video, canned video releases and the like.

The Wall Immersion boxset has on one of the 7 discs original professionally shot concert footage from the 1980s performances of The Wall. The recording of the Earls Court shows in Lond on was supposed to be used to release a live video of the album along with the movie. However, it was decided that the video was not up to scratch so the project was shelved. But technology has advanced and the video recordings have now been enhanced so that fans are now able to purchase The Wall Immersion Edition to see some of the original video recordings of the original 1980s shows! I would buy the box set for those videos alone!

There are a whopping 7 discs in total and we can explore below that is contained on them.

Memorabilia – Also in the box in the form of memorabilia is all of the blow goodies which will give you a more immersive experience of The Wall!

Treat Yourself to Pink Floyd’s The Wall Album!

Given that there is a limited amount of stock, the sooner you get your order, the sooner you get the physical stock that retailers have in their warehouse allocated to your order ready for dispatch in February 2012. I work in retail! So it makes good sense to pre-order your album now to avoid disapointment!

Pre-Order The Wall Immersion from Amazon.co.uk or Amazon.com

Pink Floyd The Wall Immersion is, of course, part of the Why Pink Floyd release schedule which has all the Pink Floyd studio albums re-mastered and re-released in three phases. So far, Dark Side, Wish You Were Here and now The Wall have been announced but there have been hints from Nick Mason that others may be considered although their manager told me it was not true. We will have to wait and see what happens!

Have A Look Here….

Don’t leave us yet! Take a look at our extensive Pink Floyd Photo Gallery, come join our Pink Floyd Forum and research some Pink Floyd Albums too! Also, come and discuss The Wall Immersion Edition on the Forum and let us know your thoughts on it!