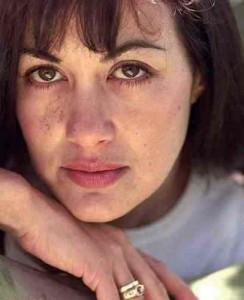 David Gilmour’s wife Polly Samson saved a drowning man down in Brighton where she lives (minus her bike shed) after pulling him out of the sea. The man apparently did not want to be saved and insisted on dying by trying to get back into the freezing winter sea.

Polly was in a conversation with a friend on Twitter and said to them, “could have done with your manly chest just now as pulled drowning man from sea who didn’t want to be saved.”

Polly Samson added that she had found the man’s “prone body washing to and fro through the shingle” but that after he was rescued and revived, he leapt back into the sea.

The incident was reported in The Daily Telegraph newspaper. The paper also went on to dredge up Polly’s son’s incident where Charlie Gilmour was thrown in prison for crimes against shop windows and other such anarchy!

Well done Polly who was brave to intervene. Many people these days like to keep themselves to themselves so is reassuring that there are still good people about ready to jump in and do a good deed, even if the person wanted to die.