It has been confirmed to Brain Damage Magazine by Pink Floyd’s Management that the long awaited and much anticipated PULSE DVDs will be released in the UK and Europe on 10th July 2006 and 11th for USA and Worldwide!

The 2 DVD set was last said (link) to have a release date of 18th September 2006 but has now been brought forward. The delay has been due to technical difficulties and modifications to the content as previously reported.

PULSE was recorded at Earls Court in London on Pink Floyd’s 1994 The Division Bell Tour and features many of Pink Floyd’s greatest songs including the whole Dark Side of the Moon album performed live.

Roger Waters (the self-proclaimed creative force behind Pink Floyd and bass player) left the band many years before so is nowhere to be seen on this DVD!

Expect a press release in a few days time and eagerly await the theft of the in-store promotional stands for the Pulse DVD. I will be taking the one from my local HMV Music store! 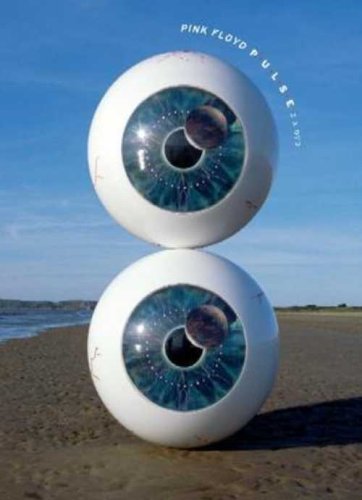 Concert Part 1:
Shine On
Learning To Fly
High Hopes
Take It Back
Coming Back To Life
Sorrow
Keep Talking
Another Brick In The Wall (part 2)
One of These Days

Bootlegging the Bootleggers:
What Do You Want From Me
On The Turning Way
Poles Apart
Marooned

Videos:
Learning To Fly
Take It Back

Concert Part 2:
Speak To Me
Breathe
On The Run
Time
The Great Gig In The Sky
Money
Us And Them
Any Colour You Like
Brain Damage
Eclipse
Wish You Were Here
Comfortably Numb
Run Like Hell

Alternate Screen Films:
Time (Ian Eames)
Money (Alien)
Speak To Me 1987
The Great Gig In The Sky (animation)
Us And Them 1994

Behind the Scenes Footage:
Say Goodbye to Life As We Know It

Rock and Roll Hall Of Fame Induction Ceremony, USA 1996 Wish You Were Here with Billy Corgan