Roger Waters To Perform At Stand Up For Heroes Event 2013 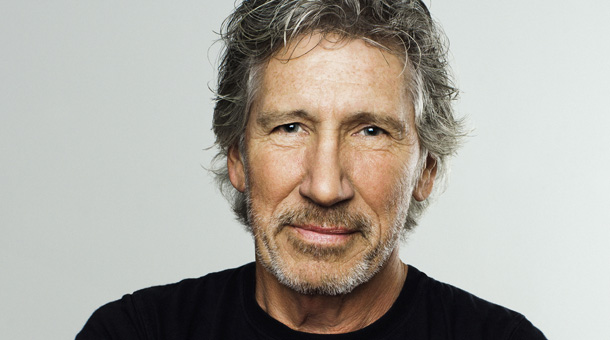 Jerry Seinfeld, Bruce Springsteen, Jon Stewart And Roger Waters To Perform At The 7th Annual Stand Up For Heroes Event At The Theater At Madison Square Garden In New York On November 6th

NEW YORK, Sept. 9, 2013 /PRNewswire/ — The Bob Woodruff Foundation (BWF) and New York Comedy Festival (NYCF) are proud to present Stand Up for Heroes, an evening of comedy and music benefiting injured service members, veterans and their families on Wednesday, November 6th at 8pm.

From Town Hall to the Beacon Theater and now The Theater at Madison Square Garden, in seven years, this event has raised more than $16 million to support wounded warriors and their families. It brings together leaders from military, business, entertainment, government, and philanthropy to raise funds to help post-911 injured service members and their families thrive long after they return to the home front.

Stand Up for Heroes honors the sacrifice of returning service members, veterans and their families by offering support in the effort to heal the physical and psychological wounds of war.  The event will feature performances by Jerry Seinfeld, Bruce Springsteen, Jon Stewart, Roger Waters and other surprise guests.  One of last year’s highlights was Roger Waters performing with injured service members, whom are musicians, from BWF grantee MusiCorps based out of Walter Reed National Military Medical Center.

Tickets for Stand Up For Heroes go on sale beginning today through www.bobwoodrufffoundation.org or www.nycomedyfestival.com. Corporate sponsor packages and VIP benefit packages can be purchased by emailing [email protected].

“A million service members are on their way home. They seek what we all do: a sense of purpose, a sustainable source of income, and a successful future for their families.  We must work together to ensure the next chapter of their lives is worthy of their sacrifice. We are so thankful to the talent who continuously come back to support this important cause,” said Anne Marie Dougherty, executive director of the Bob Woodruff Foundation. “Our performers want to simply give back to the men and women who served our country and have come home injured. It is truly an inspiration to see everyone come together for an important night to honor and remember our heroes.”

“We’re thrilled to be partnering with the Bob Woodruff Foundation for the seventh consecutive year for Stand Up for Heroes,” says Caroline Hirsch, founder of the New York Comedy Festival and Carolines on Broadway, which celebrates its 30th anniversary this year.  “It’s a testament to the tireless work of everyone involved with Stand Up for Heroes and to the support of people like Jerry Seinfeld, Bruce Springsteen, Jon Stewart, Roger Waters and all of the great performers who have lent their considerable talents to this worthwhile event over the years,” Hirsch adds.

Stand Up for Heroes, brought to you by VOWS, a consortium of financial firms, and supported by founding sponsor GFI Group, Inc., is one of the centerpiece events of the 10th annual New York Comedy Festival, running Nov. 6-10, 2013, at venues throughout New York City. The NYCF’s schedule will consist of more than 175 comedians — including Bill Burr, Whitney Cummings, Larry David, Kathy Griffin, Jim Jefferies,Anthony Jeselnik, Bill Maher, Charlie Murphy, John Mulaney, Nick Swardson, David Steinberg and Wanda Sykes — performing in over 50 shows at iconic New York City venues such as Carnegie Hall, the Beacon Theatre, Town Hall, and Carolines on Broadway.

Tags: 2013Roger WatersStand Up for Heroes