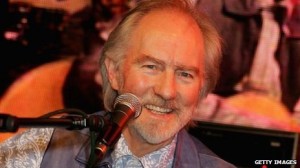 Roy Harper, who sang Have A Cigar on Pink Floyd’s Wish You Were Here album has been charged with allegedly sexually abusing a girl from the age of 12. He is innocent of these charges until the courts judge him guilty or not, which they have not yet done.

The 72-year-old is due before Hereford Magistrates’ Court on Monday accused of nine counts of sexual assault. West Mercia Police said the offences are alleged to have been committed in Herefordshire between 1975 and 1977 and relate to one victim.

Mr Harper, who lives in the Republic of Ireland, has performed with Pink Floyd and was an influence on Led Zeppelin. Mr Harper has produced more than 30 albums during his career and performed on a sold out tour, last month.

He sang lead vocals on Pink Floyd’s Have a Cigar on their 1975 classic album Wish You Were Here and was awarded the MOJO Hero Award by the music magazine in 2005.

There have been so many men in the UK who have been brought to justice by Operation Yewtree . Let’s hope that there is no truth to the allegations against Roy Harper.

Tags: Roy HarperWish You Were Here