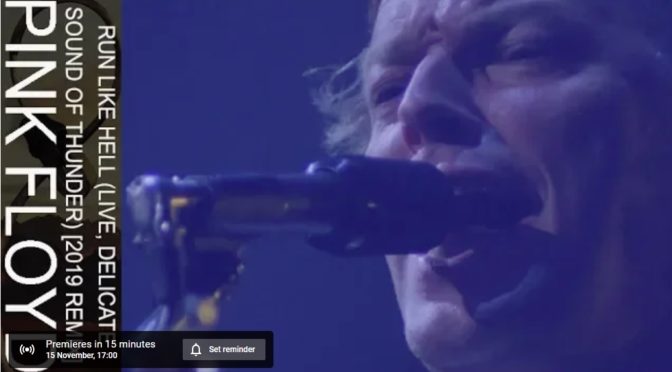 Fans have been waiting patiently to watch the premier of Pink Floyd’s Run like Hell video which has been uploaded to Youtube on the official Pink Floyd channel, but only set to play at 5pm GMT today! You can watch the video below as the video is now live for you to enjoy!

The magnificent Pink Floyd Later Years 1987-2019 box set will be released in December 2019 and featured 18 discs of magnificent material including CDs, DVDs, Blu-Rays, tour programmes, 7″ single, memorabilia bundle and more! It is rather exciting I am sure you will agree.

Feel free to leave us a comment below and tell us what you think of the new remixed sound of Run Like Hell. It was recorded live as part of the Delicate Sound of Thunder tour film.