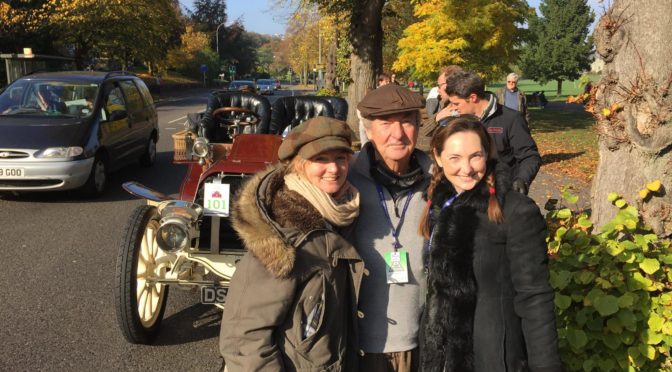 Pink Floyd drummer Nick Mason is getting one of his old cars out to take part in this year’s Veteran Car Run, this year sponsored by auction house Bonhams, and travelling from London to Brighton on Sun 3rd November 2019.

Nick will be driving his exceptionally old 1901 Panhard et Lavassor, registration DS6670 and would very much like for you to support him on his journey if you are in the South of England this coming Sunday.

You can find out more about the event, the route taken and the other participants and their amazing cars on the official website.

Nick is a collector of cars and can’t seem to get enough of them. He has all kinds and took his Ferrari on Top Gear once. Have a look at Nick Mason’s Cars. 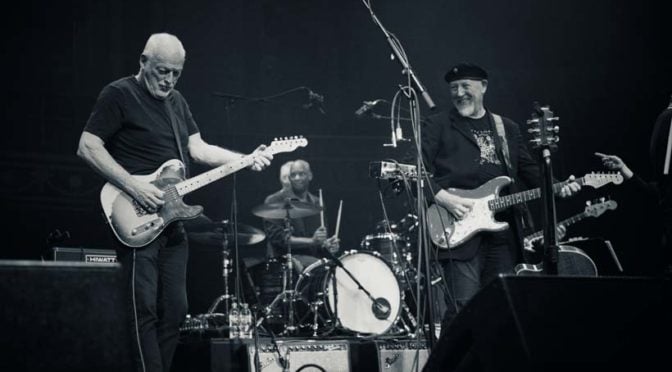 As part of the promotion of the forthcoming Pink Floyd Later Years massive box set, the official YouTube channel of Pink Floyd has shared an early recording of the song High Hopes from The Division Bell album.

Also, just catching up with the news a bit here, but David Gilmour joined Richard Thompson at the Royal Albert Hall as a birthday treat, as a special guest at the 70th Birthday Celebration of singer/songwriter/guitarist and Fairport Convention co-founder Richard Thompson.

Appearing towards the close of a concert full of stellar guests, David performed Richard’s The Dimming Of The Day, including an incendiary solo. The song had of course previously featured on the David Gilmour In Concert DVD from the Royal Festival Hall. Richard supplied sympathetic electric guitar behind David’s lead vocal on Fat Old Sun, culminating in an exchange of guitar solos between the two that was a masterclass in dynamics and taste.

The show was a fitting tribute to Richard Thompson’s artistry, including as it did the cream of Britain’s folk-rock world as well as some possibly more surprising guests, such as Hugh Cornwell (a former schoolmate of Richard’s) and Bob Mould from Hüsker Dü and Sugar. The entire ensemble, including David, assembled for the traditional Fairport Convention encore of Richard’s classic Meet On The Ledge, a fitting end to an astonishing evening of musical virtuosity.