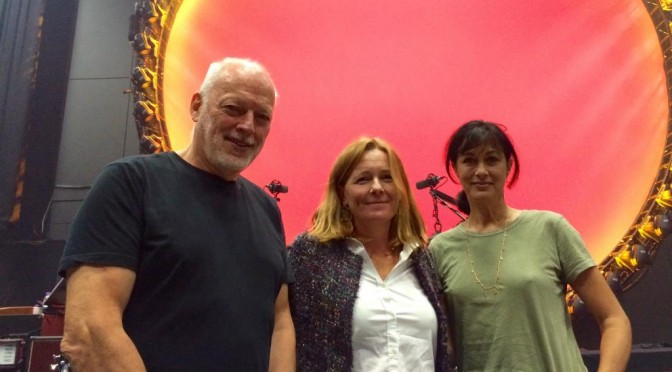 BBC Radio 4 broadcast an excellent interview with David Gilmour today as part of their Front Row programme recorded at David’s first concert from his World Tour 2015-16.

The 9 minute interview contains some tantalising snippets of two new David Gilmour songs from his forthcoming album Rattle That Lock which is released worldwide on 18th September 2015. You can listen to it below.

Polly Samson tells the story of where The Girl In the Yellow Dress came from and you can listen to a clip of that during the interview. You can also listen to a short sample of  Faces of Stone.

Both these song snippets give a slightly different flavour to the album that the previously shared songs give – Today, Rattle That Lock, 5AM, A Boat Lies Waiting.

BBC Radio 6 Music will have a one hour show interviewing David Gilmour this coming Sunday on “The First Time With…” radio programme, so make sure you don’t miss that, should be a good one!