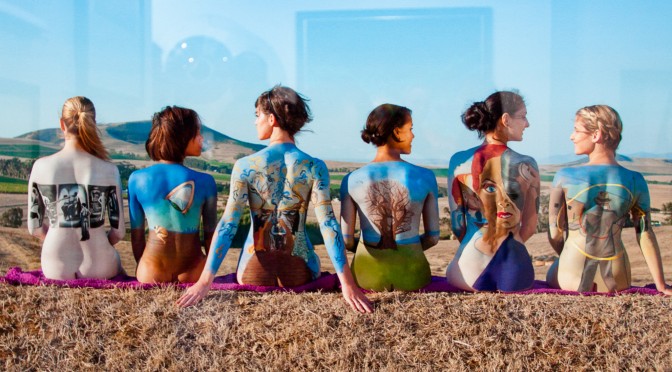 I had the pleasure of attending the launch event for Hipgnosis- Masters of Album Cover Art at St Pauls Gallery in Birmingham on 22nd Feb 2014. In addition to the treasure trove of beautifully presented historic album cover art, there was an entertaining talk from Hipgnosis co-founder Aubrey “Po” Powell and Graham Gouldman from the band 10cc. There are lots of photos from the launch at the end of this article.

Pink Floyd band members past and present have a long history of friendship and working together with Hipgnosis (Aubrey “Po” Powell and Storm Thorgerson). Hipgnosis produced album covers including Saucerful of Secrets, Meddle, Dark Side of the Moon, Wish You Were Here and More (quantitatively and literally!). See a full list.

Hipgnosis was a name inspired by Pink Floyd co-founder Syd Barrett after he scrawled the acronym on the door frame of the house he was sharing with Storm Thorgerson and Aubrey Powell, who formed Hipgnosis. Hip is a reflection of a cool subculture; gnostic is esoteric knowledge of spiritual matters and hypnosis which is an artificially induced trance state resembling sleep characterised by heightened susceptibility to suggestion. Syd Barrett probably found it very amusing, but their landlord was less impressed which led to the frame being re-painted!

Aubrey “Po” Powell gave some background to the formation of Hipgnosis and their approach to art, their interactions with record company management and talked through some of the artwork hanging in the room at St Pauls Gallery.

In the days before electronic photo editing software (Photoshop) it was a painstaking process to create some of the surreal images that Hipgnosis are famous for. An album cover photograph can actually be made up of several different photographs which are arranged and glued down to create a new image which itself is then photographed as a single image. Syd Barrett would do something similar in his later life in Cambridge where he would paint a piece of artwork, take a photograph of it, and then destroy his original painting by way of setting fire to it in his back garden. Many believe Barrett was crazy for doing this sort of thing. Perhaps it was just art?

The technique of layering multiple images into one allowed the creation of some of the most iconic cover art ever produced and helped create the Hipgnosis style. This style was created by utilizing darkroom tricks, multiple exposures, airbrush retouching, and mechanical cut-and-paste techniques.

The Hipgnosis style partly consisted of having foreground, middleground and background all in perfect sharp focus which created a sense of surrealism.  This is particularly evident in 10cc’s How Dare You album cover art pictured above.

Graham Gouldman of 10cc joined Po to discuss how their working relationship came about and gave some amusing anecdotes to match Po. His discussion of the phrase “how dare you” and how it pops up in many a conversation between people over the telephone got a good reaction from the audience assembled.

The exhibition runs from  22nd Feb to 5th April 2014 and is free to enter. Aubrey and Graham were only present at the launch event.

I highly recommend visiting this exhibition to see the amazing array of treasures created over the years by Hipgnosis for many bands including Pink Floyd, 10cc, Yes, Genesis, The Rolling Stones and many more. St. Pauls Gallery can be found at 94-108 Northwood Street, Birmingham, B3 1TH, England. There is a car park opposite which is pay and display. 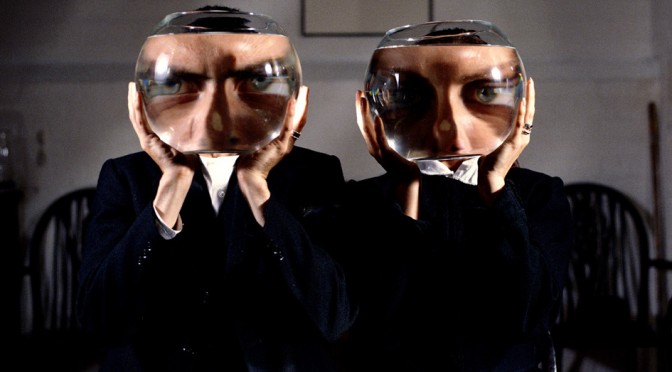 The event is a celebration of the output from design house Hipgnosis where Aubrey Powell (pictured right) and the late Storm Thorgerson led the design team to create some of the most iconic album cover art in the history of music.

Pink Floyd have had a long relationship with Storm Thorgerson and Hipgnosis. Storm was a childhood friend of the band growing up in Cambridge and produced many of Pink Floyd’s album covers.

The excellent book Mind Over Matter: The Images of Pink Floyd is an excellent document of the amazing work produced by Hipgnosis for the Pink Floyd; additionally, The Album Art of Hipgnosis also covers Pink Floyd but is a comprehensive document of some of the cutting edge creative output of Hipgnosis. Certainly worth looking at these two books.

There is a launch event on Saturday 22nd February 2014 at St Pauls Gallery in Birmingham, England, between 10am and 6pm GMT. The exhibition runs from 22nd Feb to 5th April 2014 so plenty of time to go and see this spectacular exhibition of fine art editions of iconic album artwork.

Here is a selection of some of the iconic artwork produced by Hipgnosis for you pleasure. Full itinerary for the day follows after images below.

The launch itinerary for 22nd Feb includes the below:

*Amazing works on display by Hipgnosis-Including some classics, Dark Side of the Moon, Led Zeppelin etc, Plus unseen works and some recently published covers for 10cc

This is a free event but please let us know you are attending and how many guests you will be bringing. Please contact  [email protected] or phone 0121 2365800.