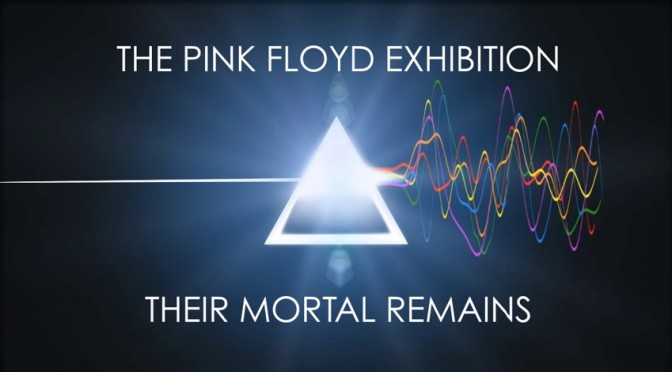 The ambitious Pink Floyd exhibition in Milan, Italy called “The Pink Floyd Exhibition – Their Mortal Remains”, has officially been cancelled by the promoters Evolve Devolve.

For those people who have booked flights and hotels there could either be a lot of disappointment or an exciting holiday in Italy planned. Your humble narrator almost booked tickets and would be most annoyed with the cancellation, but make the most of the situation and have a great trip anyway. Who knows, someone may set up a big fan meetup or something. Not quite compensation though.

The official statement:  Evolve Devolve, the Italian promoters of “The Pink Floyd Exhibition – Their Mortal Remains”, have announced today that the exhibition, due to take place from September 19th in Milan, has now been cancelled because the necessary conditions have not occurred in order to make it happen within the time frame available at the Fabbrica del Vapore. (These conditions have nothing to do with Milan’s Municipality).

Ticket holders for the exhibition should seek refunds from their point of purchase according to the procedures already communicated.

So, there you go. Perhaps you can console yourself slightly by listening to Pink Floyd’s new song Louder Than Words either in the official EPK or the full song at BBC Radio 2 website and scroll to 1hr 11mins (may not work outside of UK or correct proxy server!).