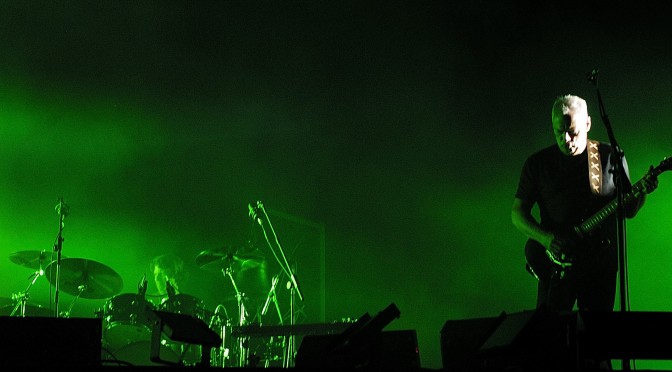 The great news is that another David Gilmour concert was announced on the North American 2016 leg of his tour for new album Rattle That Lock.

The concert was announced to be performed in Los Angeles at the LA Forum on the 27th March 2016. David is playing two other nights in LA at the Hollywood Bowl on 24th and 25th March as was previously announced.

Tickets from David Gilmour at LA Forum go on sale tomorrow at TicketMaster.com from 10am PDT. Make sure you get in there quick because the tickets will sell out faster than you can sip a cup of English tea!

It would be a good idea to familiarise yourself with the website and booking options – as well as seeing the countdown timer showing you in your local time when tickets go on sale! General and VIP tickets are available to fans so enjoy.

Other news that came out today on the BBC News website of all places was the news that the song Rattle That Lock features singers from the Liberty Choir made up of former prisoners from Wandsworth Prison.

David Gilmour’s adopted son Charlie Gilmour was sent to prison there for his antics around London – it looks like the Gilmour family have got involved with the more productive creative elements of the prisoners!

David Gilmour said, “Charlie’s experience was something that has impacted on us and has made us more aware of the prison system and what could and should be done to improve it. We’re just helping out by being part of this initiative, which will hopefully spread.”

The new album Rattle That Lock by David Gilmour is released on 18th September 2015 and is part of a great raft of things fans have to look forward to this year.

People are currently enjoying the remixed and remastered Amused to Death from Roger Waters and there is also The Wall cinema experience to look forward to across world cinemas. Treat yourself and listen to a new Roger Waters song from 2015 Newport Festival.

There are now 20 dates announced on the David Gilmour Tour 2015/2016. Great news indeed – leave a comment on this article if you have something to add!

David Gilmour’s wife Polly Samson saved a drowning man down in Brighton where she lives (minus her bike shed) after pulling him out of the sea. The man apparently did not want to be saved and insisted on dying by trying to get back into the freezing winter sea.

Polly was in a conversation with a friend on Twitter and said to them, “could have done with your manly chest just now as pulled drowning man from sea who didn’t want to be saved.”

Polly Samson added that she had found the man’s “prone body washing to and fro through the shingle” but that after he was rescued and revived, he leapt back into the sea.

The incident was reported in The Daily Telegraph newspaper. The paper also went on to dredge up Polly’s son’s incident where Charlie Gilmour was thrown in prison for crimes against shop windows and other such anarchy!

Well done Polly who was brave to intervene. Many people these days like to keep themselves to themselves so is reassuring that there are still good people about ready to jump in and do a good deed, even if the person wanted to die.