All You Need is Love by the Bandaged Together lot available for MP3 download and watch video.

As previously reported, the Bandaged Together album that has been done by CharityGoods.com for Children in Need 2009 will be released on 9th November 2009. The single All You Need is Love, featuring Nick Mason of Pink Floyd amongst many others, will be available for download on 8th November.

The album will be launched at the BBC Club, Western House on 5th November 2009 and Nick Mason will be in attendance. Get the NPF Newsletter for more details on that when known. 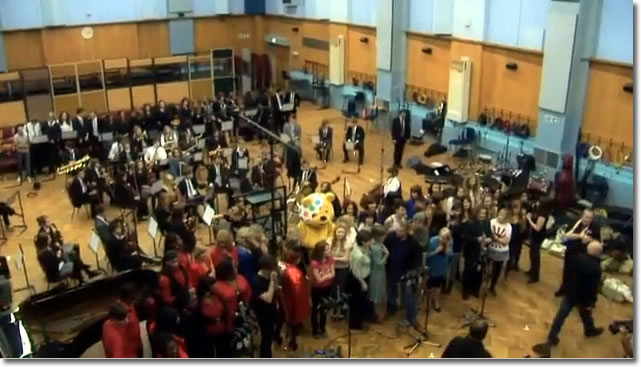 David Gilmour has kindly helped the cause of Gary McKinnon – who has been accused of hacking into 97 Pentagon and NASA computer systems looking for extra-terrestrial life!  He faces extradition to the USA to face trial and could be locked away for the rest of his life.  He has Aspergers syndrome and the British newspaper, The Mail, has been supporting him in their campaign to have him tried in the UK where he committed the offences.

David Gilmour has contributed to a Graham Nash song called Chicago.  The lyrics have been changed and it has been re-recorded.

The ChigagoMP3 featuring David Gilmour will be available to download shortly, possibly as MP3 file for free.

Make sure you are on the NPF Newsletter list to find out more details as they become available!

Lyrics to David Gilmour’s Version of Chicago by Graham Nash

Why is Gilmour Involved?

McKinnon’s mother said, “We’ve known Joe, Dave Gilmour’s brother-in-law, since Gary was a child and Joe knows Gary is a good person,” she writes. “Joe told David Gilmour and his sister Polly (Polly is David Gilmour’s wife) and Dave immediately offered and emailed me to say he is happy to sing on our ‘Sing In’ recording/cd for Gary.”.