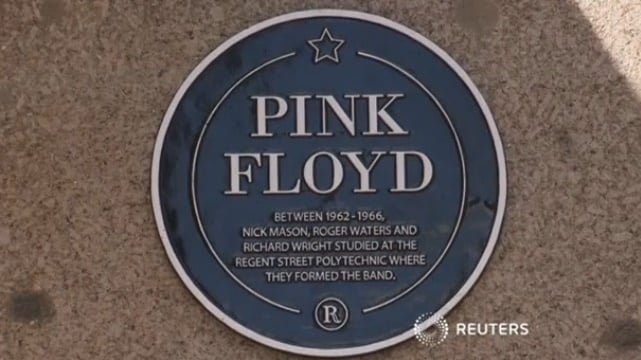 Roger Waters, Nick Mason and Richard Wright met at the university, now called University of Westminster, when they were studying architecture between 1962 and 1965. They established the band Sigma 6 and played at the university common room and various student parties.

Waters, 71, said: “We are hugely gratified to be here and to have the plaque. It’s an honour.”

Mason, 71, added: “Living as a student was a fantastic way to live. Although I’d like to see more government grants introduced. I spent my grant on curry, I think, mainly. But sensible people need the money in order to further their education and study.”

Rogers added: “I spent mine on bass guitars. I used to be freezing in my dorms.”

You can watch a video of the unveiling and enjoy Roger’s hilarious jokes – he couldn’t help himself as usual and took a pop at Silicon Valley for destroying musicians the world over.

You can also read an account of the event over at the Brain Damage website where they also have a nice selection of photographs from the event and a detailed account of what happened.