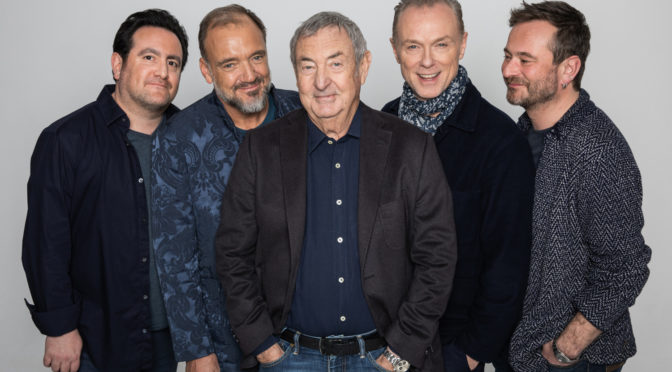 Pink Floyd drummer Nick Mason set up his Saucerful of Secrets band back in 2018 with guitarist Lee Harris. He soon assembled a full band including Pink Floyd session bassist Guy Pratt, Gary Kemp from Spandau Ballet as the singer/guitarist and keyboardist Dom Beken.

They played a gig at London’s Roundhouse theatre down in Camden and had camera’s galore to film it. It is now finally released on multiple formats for fans to revisit earlier Pink Floyd material which doesn’t often get a look in from Gilmour and Waters. Some great songs there in the set list.

You can get it as video in Bluray or just the audio from CD, VInyl or online platforms like Spotify and Amazon Music.

Feel free to leave a comment and let us know what you think of it.

Whilst you are here, you can listen to a new podcast Guy Pratt and Gary Kemp are doing, episode 1 features Nick Mason. It is called Rockonteurs.