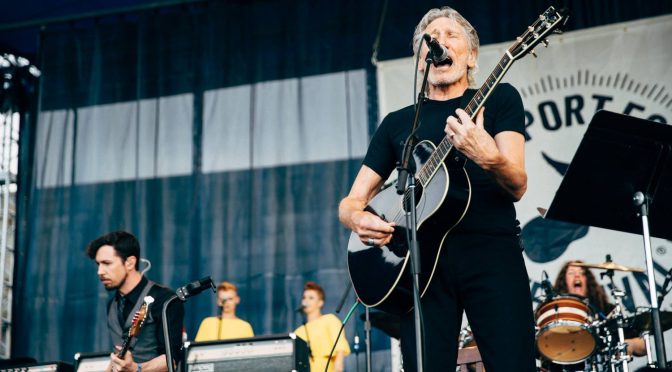 The creative genius behind Pink Floyd (Roger Waters) is going to thrill fans with an all new 2017 tour!

Announced so far as lots of dates in the USA but who knows where else he may end up on this new Roger Waters Tour 2017?

Get your tickets now from TicketMaster the official ticket partner.

There is going to be 3/4 of old material and 1/4 of new material for fans to enjoy. And Roger does not do things by half when it comes to touring!

“We are going to take a new show on the road, the content is very secret,” said Roger Waters. “It’ll be a mixture of stuff from my long career, stuff from my years with Pink Floyd, some new things. Probably 75% of it will be old material and 25% will be new, but it will be all connected by a general theme. It will be a cool show, I promise you. It’ll be spectacular like all my shows have been.”

Roger Waters’ legendary live performances are renowned as immersive sensory experiences featuring high class, state-of-the-art audio visual production and breathtaking quad sound. This new tour promises to be no exception; following months of meticulous planning and visionary craft, US + Them will inspire crowds with its powerful delivery and take the audience on an unforgettable musical journey. 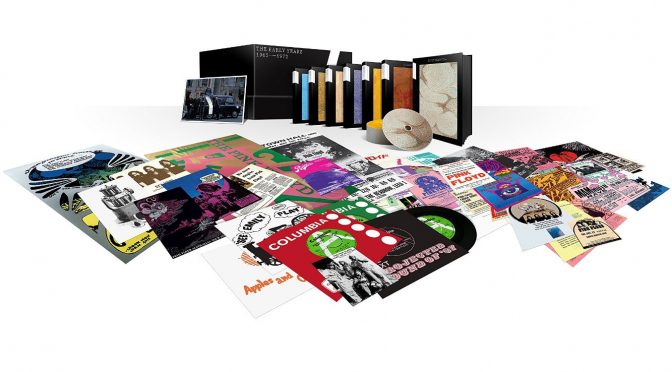 Pink Floyd will release a mammoth box set covering the Early Years of 1965 to 1972.  It is released on 11th November 2016. There will also be a 2CD version available digitally and physically.

Pre-order now from Amazon.co.uk or Amazon.com.

The Early Years 1965 – 1972 is a comprehensive 27-disc boxset that sees Pink Floyd delve into their vast music archive to produce a deluxe package that includes 7 individual book-style volumes, featuring much previously unreleased material.

The seven book style volumes include the following themes:

The Early Years box set contains unreleased tracks, BBC Radio Sessions, remixes, outtakes and alternative versions over an incredible 11 hours, 45 mins of audio (made up of 130+ tracks) and live and TV performance in over 14 hours of audio-visual material.

You can look at the full track listing of the Pink Floyd Early Years 1965-1972 box set on our forum.

The content includes over 20 unreleased songs, more than 7 hours of previously unreleased live audio and over 5 hours of rare concert footage are included, along with 5 meticulously produced 7” singles in replica sleeves, collectable memorabilia, feature films and new sound mixes.

Previously unreleased tracks include 1967’s Vegetable Man and In The Beechwoods, which have been mixed for the first time, specially for this release.

The Early Years 1965-1972 will give collectors the opportunity to hear the evolution of the band and witness their part in cultural revolutions from their earliest recordings and studio sessions to the years prior to the release of The Dark Side Of The Moon, one of the biggest selling albums of all time.

From the single Arnold Layne to the 20-minute epic Echoes, fans will see the invention of psychedelic progressive rock via an insightful collection that explores the Pink Floyd story from the time Roger Waters, Richard Wright, Nick Mason and Syd Barrett met at London’s Regent Street Polytechnic, through to Syd’s departure and David Gilmour joining to form the iconic lineup.

Each individual book-style package will be released separately early in 2017, except ‘BONUS CONTINU/ATION’ which is exclusive to this box set.

A 2CD collection the Cre/ation The Early Years 1967 – 1972 highlights set will also be available.

It will be available as a digital download and also the physical variety.

Pre-order the boxset now from Amazon.co.uk or Amazon.com.