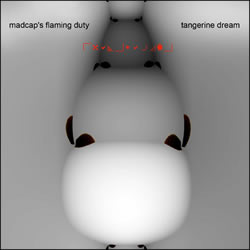 Tangerine Dream celebrate their 40th Anniversary in 2007 with the release of their latest album – “Madcap’s Flaming Duty”.

Released on 2nd April 2007, the album is dedicated to former Pink Floyd guitarist and songwriter Syd Barrett who died in July 2006.

Like Pink Floyd, Tangerine Dream went professional in 1967 and were pioneers in their field of electronic ethereal music. They have done music for over 40 films and TV series and their new album is eagerly anticipated.

Tangerine Dream are a German electronic music group founded in 1967 by Edgar Froese. The band has undergone several personnel changes over the years, with Froese the only continuous member. Drummer and composer Klaus Schulze was a member of an early lineup, but the most stable version of the group during their influential mid-1970s period was as a keyboard trio with Froese, Christopher Franke, and Peter Baumann. Early in the 1980s, Johannes Schmoelling replaced Baumann, and this lineup, too, was stable and extremely productive.

Tangerine Dream’s early “Pink Years” albums had a pivotal role in the development of krautrock. Their “Virgin Years” and later albums became a defining influence on new age music.

The lyrics for each of the songs on the new album are adapted from English and American poets from 17th and 18th century literature by Bianca F. Acquaye. The music is written by Edgar Froese and Thorsten Quaeschning (see track listing and credits listed below).

For a free copy of the promotional interview CD, please email your name and postal address to [email protected] while stocks last.

04. THE DIVORCE
Music by Edgar Froese, Lyrics by Thomas Stanley

05. A DREAM OF DEATH
Music by Thorsten Quaeschning, Lyrics by Edmund C. Stedman

09. ONE HOUR OF MADNESS
Music by Thorsten Quaeschning, Lyrics by Walt Whitman

11. HYMN TO INTELLECTUAL BEAUTY
Music by Thorsten Quaeschning, Lyrics by Percy B. Shelley

12. SOLUTION OF ALL PROBLEMS
Music by Edgar Froese, Lyrics by Ralph Waldo Emerson 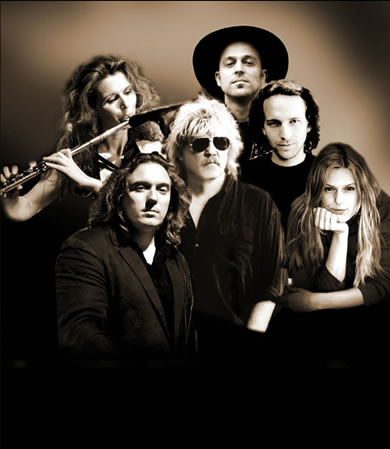