The Story of the Guitar with David Gilmour 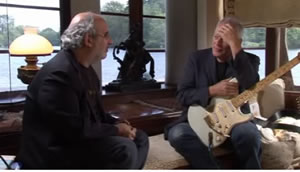 The three part series The Story of the Guitar on BBC1 features Pink Floyd’s very own David Gilmour in tonight and next week’s episodes!  Check out the BBC Website.  It is broadcast on BBC1 at 10:20pm GMT.

If you missed last weeks episode like me, then you can make use of the BBC iPlayer which has content on for 7 days.  You can also download the episodes to your computer with high quality sound and picture and view for up to 30 days.

You can also watch the interview below from the BBC website.  Also, feel free to discuss this on the forum.

Alan Yentob embarks on a three-part personal journey to discover how the guitar became the world’s favourite musical instrument. Beginning with the rise of the acoustic guitar, the series takes him from an ancient Middle Eastern ancestor of the lute, to the iconic guitars draped round the necks of Bill Hailey and Elvis Presley and beyond. 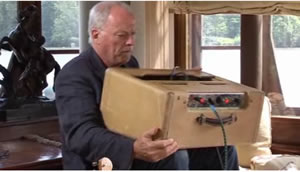 As the guitar turns electric, music is changed for ever. The world’s first electric guitar had nothing to do with jazz or blues, but Hawaiian-style music and was known as the ‘frying pan’.

Yentob continues his investigation from the blues of the Mississippi to the guitar wars of the 1950s, when the Fender Stratocaster and the Gibson Les Paul were battling for supremacy. 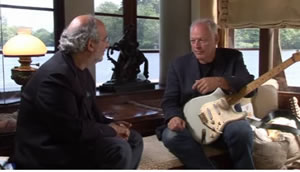 Episode 3 – Not Broadcast Yet

In the final programme of the series the guitarists talk about how they find their own sound, and how the guitar has changed their lives. Since its invention, the electric guitar has unleashed a seemingly inexhaustible sonic invention among guitarists.

Featuring Muse’s Matt Bellamy, who turns out to be following in his father’s space age footsteps, Tony Iommi from Black Sabbath, who talks about the invention of heavy metal, David Gilmour from Pink Floyd, Pete Townshend (Perhaps equally famous for smashing guitars), Johnny Marr from the Smiths on ‘the mother of all riffs’, Slash and The Edge from U2 among many others.