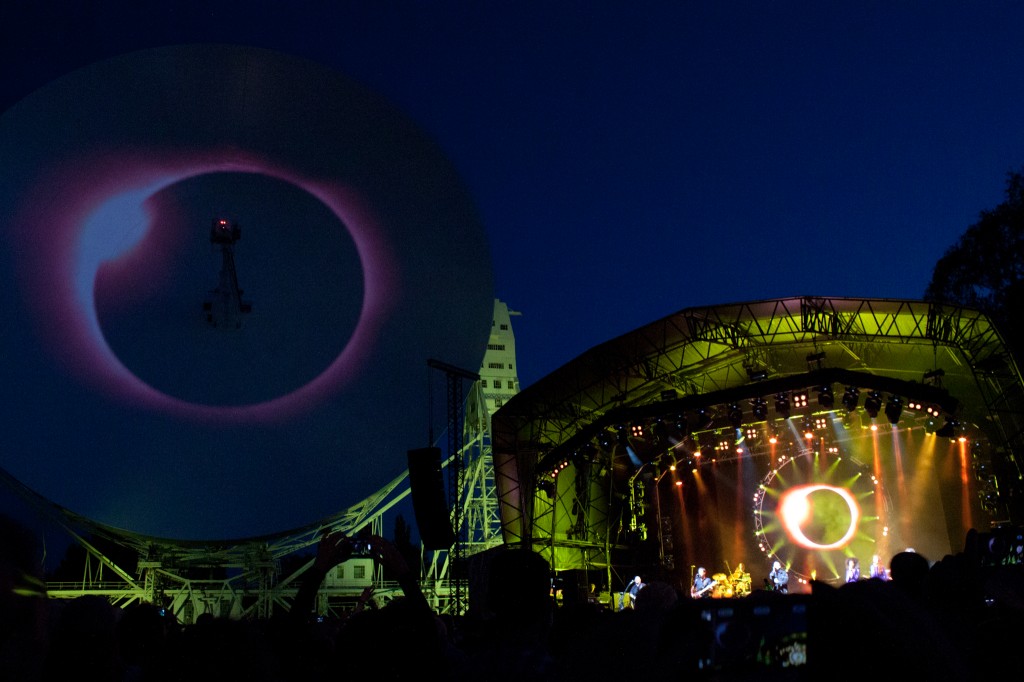 I thought the Australian Pink Floyd were probably the world’s best tribute band but, after last night’s performance, I think they are 100% certainly the best and cannot be beaten!

As part of the Jodrell Bank Live series of concerts over the summer, The Australian Pink Floyd headlined on Saturday 6th July 2013 next to one of the world’s largest Radio Telescopes. See lots of photos.

They used the massive 76 metre high dish as a projection screen as you can see from the picture on the right. The sound was fantastic and visually stunning.

Before the Aussie Floyd made their way to the stage, the excellent Hawkwind were there doing their thing with some excellent female dancers in costumes and their usual crazy sounds, not to mention the smell of marijuana.

The Aussie Floyd played a greatest hits set and included favourites like Wish You Were Here and an amazing rendition of Great Gig in the Sky. The backing singer ladies did an excellent job and went down a treat with the audience. Another highlight for me was Astronomy Domine which sounded immaculate. They closed the night off with Comfortably Numb and a good thudding rendition of Run Like Hell which is always a treat live.

Other artists coming up at Jodrell Bank include the Halle Orchestra and Sigur Ros.

I took loads of photos of the event and you can see them in the NPF Photo gallery.