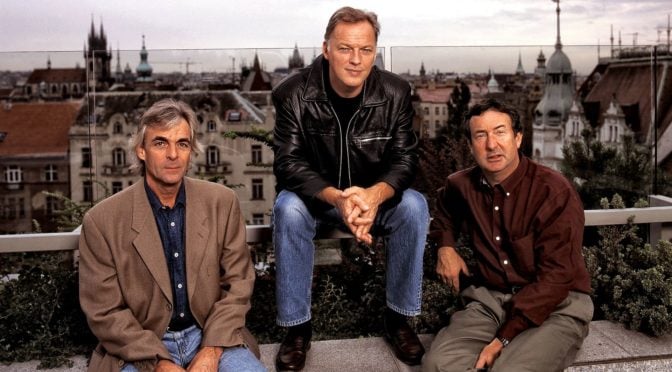 The massive Pink Floyd Later Years 1987-2019 box set has an incredible amount of goodies including 5CDs, 6 Blu-Ray discs, 5 DVDs, Exclusive 7″ singles, deluxe 60 page photo book, 3 tour programmes and lyrics book and a treasure trove of memorabilia! However, it is on the expensive side so this may stop many fans from being able to buy it. It may be a viable Christmas present (if you celebrate that in your part of the world). Ask very nice indeed!

Luckily, there will also be other formats available including the Highlights CD which has the 12 tracks on. It also comes as a double LP which looks great (4 sides on 2 LPs). Both these formats have a really nice booklet included for you to enjoy as you listen to Pink Floyd in a new remixed light. The remixed versions from this release shared so far sound absolutely excellent and the production on them is incredible – the 1980s embellishments have been toned down to pop the songs into the “timeless classics” bucket like the rest of the back catalogue.

In addition to the CD/LP formats, it will be on Amazon Music so there is the opportunity to experience the highlights for free or a small fee! You won’t get the lovely booklet though, or the beautiful lossless joy of the LP!

If you are a digital music person, or are happy to become one, then you can take advantage of an Amazon Music Unlimited offer and listen for £0.99 for 4 months (USD$0.99). The Early Years 12 track sampler is available and you can listen to two tracks from it today as a preview, and get the full album on November 29th when it is released!

Sign up on Amazon UK or Amazon.com for Amazon Music Unlimited which you can cancel at any time.

After your trial has finished you can easily cancel, or you could continue with a subscription. Amazon Prime subscribers can get it for £7.99 per month and £9.99 for non-Prime people. (USD$7.99 and $9.99 respectively).

There are three editions available with the massive 18 disc box set being the most lavish, and there are highlight versions which have 12 tracks on. The highlights versions is available in CD or double LP versions.

The period generated record sales of over 40 million worldwide and included three studio albums: ‘A Momentary Lapse of Reason’, ‘The Division Bell’ and ‘The Endless River’ as well as two live albums: ‘Delicate Sound of Thunder’ and ‘Pulse’.

With additional production from David Gilmour and Andy Jackson, over 13 hours of unreleased audio and audiovisual material, including the sought-after 1989 Venice and 1990 Knebworth concerts, ‘Pink Floyd The Later Years’ is a must for all fans.

The box set has 7 amazing areas of content which is detailed below for you to salivate over!

Exclusive 7″ Singles: Included in the box are two exclusive previously unreleased tracks on 7″ vinyl singles, both in brand-new picture cleeves. Arnold Layne was recorded live at the Tribute to Syd Barrett concert at London’s Barbican Centre in 2007. Lost for Words was recorded live by Pink Floyd at rehearsals for their “Pulse” filmed concert at Earl’s court, London, in 1994. Both singles have a specially etched image on their respective Bb-sides.

Memorabilia: A collection of reproduction memorabilia including tour passes, stickers and posters, all printed to replicate the originals, and contained in a prestige card envelope, alongside the two exclusive 7″ vinyl singles.

Accompanying the release of the Box set this 12 track highlights package on heavyweight 2LP and 1CD features rare, unreleased and remixed tracks selected especially for this release. Almost half of the album is entirely previously unreleased. Both formats come with an exclusive 24 page booklet.

What Shall We Do Now?

I propose you listen to One Slip and High Hopes, and the recently shared Run Like Hell remix, then see about Pink Floyd being in the December edition of Uncut Magazine. And if you need more Christmas presents in addition the the above, then there are some Pink Floyd gift ideas for Christmas, birthdays or just in general because you deserve a treat!