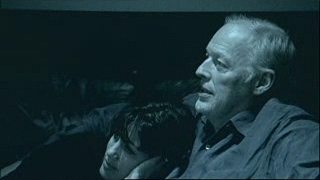 An Electronic Press Kit is now available to watch from the David Gilmour website. The 12MB Real Media file shows David Gilmour recording in his Astoria Houseboat Studio and at Abbey Road

David candidly talks of his approach to the recordings, and to the live shows, with his rationale for the type and number of venues picked. He also talks of his lyric writing confidence (or indeed, lack of it!) and the EPK ends with a nice sequence showing how the various elements (guitar, percussion, orchestra, and more) combine perfectly, with the fabulous sounding Take A Breath being showcased.

You can also see his Wife Polly playing piano on one of his tracks as well as some great musicians and producers!

You can either visit David’s website to stream the video, or you can download it below to your computer so you can watch it when offline!