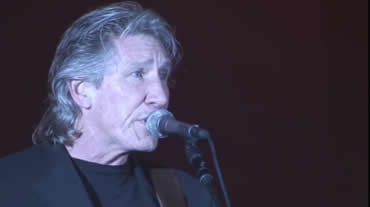 A Screen Capture From The DVD Tripped Out in Cork (HOP008)

“Hop The Pond” have gone and released one of the greatest fan shot video DVDs I have ever seen. So much so that I have decided to write a news story on it!!

The DVD is of Roger Waters’ gig at the Cork Festival in Ireland on 29th June 2006 at which Pink Floyd’s Nick Mason joined Roger and his band on the performance of Dark Side of the Moon during the second half.

It was filmed using two video cameras which are edited together nicely with excellent quality sound. The picture is exceptionally clear as it was filmed with two top spec digital cameras!

Halfway through the concert, the band had to stop playing due to a power failure which occurred after the “explosion” in Perfect Sense Part II. The band used that as their intermission. Hence the title of the DVD is Roger Waters- Tripped Out in Cork (HOP008).

This DVD video was never made with the intention to profit from it but made by the fans for the fans and should not be sold anywhere.

You can download this amazing DVD from the NPF Tracker. It is available for free and must not be sold on!

Most modern computers should have DVD playing software included but Microsoft’s Windows Media Player should play it for you.

I originally downloaded this from the wonderful Yeeshkul torrent website which any serious collector should be a part of in addition to the NPF Tracker!

If you need any help, then there are some torrent tutorials and you can also ask on the forum. If you want to discuss this video DVD itself, then click here. 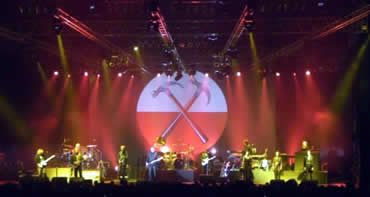 A view from “The Producer’s” Camera! 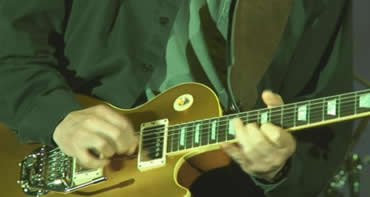 Snowy White’s guitar from “The Accomplice”! 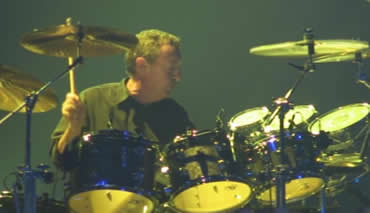 Nick During Second Half Of Concert

Filmed by “The Producer” and his accomplice at the Marquee show ground, Cork, Ireland, 29th June 2006.

Filmed from the rear of the venue on a Sony HDR-HC1 HDV PAL camera shot in 1080i High Definition with Sony internal mic.

Filmed from the floor (approx 3rd row) of the venue on a Sony HDR-HC1 HDV PAL camera shot in 1080i High Definition with a pair of DPA 4063 mics.

Due to there being no media available to play High Def Video at the moment this has been converted for normal DVD viewing in NTSC at 720x 480.

Ok, This was the 14th show on the current European tour, and what a show it was!! The venue was a circus type marquee tent on a tarmac car park just on the outskirts of Cork.

Due to this being in a tent there were no pyrotechnics and a full over head lighting rig was used.

What also makes this show unique is a power cut half way through (at the explosion in Perfect Sense Pt2) causing the main mixing board and the whole PA to go down. All you hear at that point are the onstage monitors and the crowd finish off by singing the end of the song!! There’s a 25 minute break while power is resumed and the mixing board reset then the band come back on and continue with the rest of set 1 and go straight into DSOTM (with Nick Mason!)

This is a 2 camera mix and respect has to go to my filming accomplice who got caught filming not once but twice and was subsequently removed from the venue half way through Us and Them, hence the last 45 minutes being a single camera, hey that’s the chance us filmers take and the sacrifices we make to bring you this stuff!!

Artwork will follow, please don’t make your own and host it, wait for the “official” one