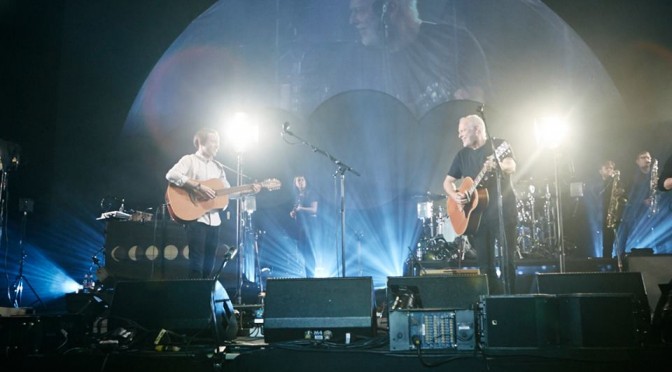 David Gilmour joined the band Bombay Bicycle Club in London on Saturday to perform a rendition of Wish You Were Here and the bands own song Rinse Me Down.

The iconic Earls Court, where Pink Floyd have performed 27 times, is to be knocked down to make way for new development. This was the last concert to be performed at the venue so it was quite fitting that David joined the final performance there.

Here is a video of David Gilmour performing Wish You Were Here with Bombay Bicycle Club at Earls Court on Saturday 13th December 2014.

You can read some more about the concert over at the NME. 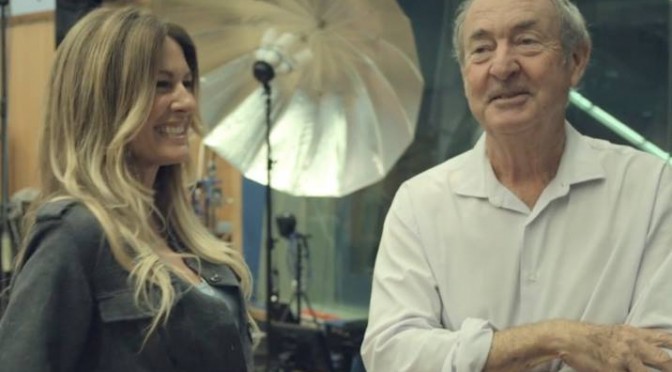 This is the title track from her new album called Indigo Shores, and you can listen to MP3 samples of that. It is also on Spotify. Naughty Nick and his “moonlighting”!

In an interview, Kirsty talked about Nick Mason’s involvement in her new album, “The production of the album – started so brilliantly by Don Mescal in Nashville, Tennessee and beautifully curated throughout by Tom – was given an extraordinary energy when Nick Mason walked into our little studio. A family friend, Nick not only offered to play on some of the tracks – much to the awe and delight of all of us at Britannia Row, gazing speechlessly at our mentor beating away through the studio glass – but also gave me the confidence to immerse myself in the production process, which ended in a final magical session at Abbey Road!

Nick also introduced us to some extraordinary musicians, who complemented my existing band, and he’s a made a real difference to the team. It’s all a learning process that makes you continue to grow, and that’s what Nick did for me, and it’s been a real privilege”

Nick joined Kirsty at Abbey Road Studios in London, England – he is no stranger here – back in December 2013. It would seem Mr Mason has been keeping himself busy with him working on Pink Floyd’s new album The Endless River also. I hope ‘Naughty Nick’ didn’t miss any sessions! 😉

Kirsty has had a very interesting past having been a former Miss UK and married billionaire Ernesto Bertarelli who owned biotech giant Serono. She is Britain’s richest woman!

However, she has always had  a passion for music and wrote hit song Black Coffee for girl band All Saints which was a world-wide hit.

She is signed to Decca Records and you can get her new album from Amazon.co.uk or read more about her. You can also visit her official website.