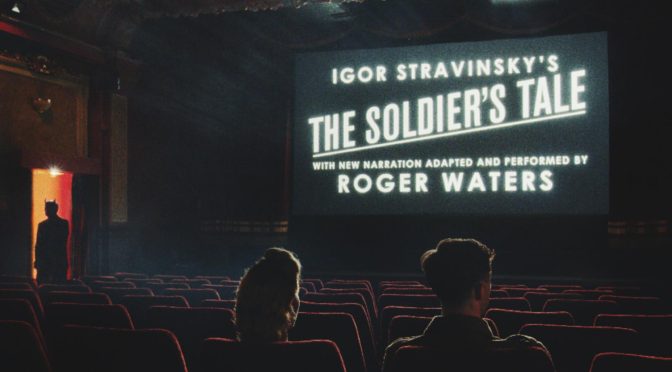 Roger Waters has released a new album The Soldier’s Tale which was released on Friday 26th October 2018.

Released by Sony Music Classical, it features Roger’s narration of a range of characters – all characters – and is set against music performed by Bridgehampton Chamber Music Festival Orchestra with whom Roger performed with in 2008.

Roger has always enjoyed doing his voices and many feature on Pink Floyd recordings from over the years.  Adding to his successful Ca Ira opera, Roger Waters has re-written the text for Igor Stravinsky’s “The Soldier’s Tale”.

On a stunning new recording of this great piece he tells the whole of the harrowing modern fairy tale, playing not just the Soldier, the Devil and the Narrator, but all the other characters as well!

This is an anti war theme which Roger has emphasised on his current Us & Them tour in particular, although it has been a lifelong campaign possibly starting in his early days in Cambridge with the Campaign for Nuclear Disarmament.

The recording was out on October 26, 2018. On the 30th November there will be a double sided vinyl released which many fans will eagerly anticipate indeed, just in time for a nice Christmas present or just a treat because you deserve it!

Here is a video to watch which should give a flavour of what to expect. Seems a but surreal listening to some of the narration by itself – it will be interesting to hear it set to music.

Here are some more photos from the recording of the album.

When the Devil and the Soldier argue towards the end of the opening section of Stravinsky’s The Soldier’s Tale, the eavesdropper may well feel a very real sense of fear. Roger Waters articulates this violent dispute with so much energy and cold fury, building from climax to climax and thrillingly working himself up into such a rage, that we suddenly sympathize with the drama of the ordinary man who wants too much and who risks too much. In short, this rock star is an outstanding narrator – the founder of Pink Floyd speaks all three roles in Stravinsky’s piece of music theatre: the Soldier, the Devil and the Narrator.

The Soldier’s Tale is a disturbing and implacably modern fairytale and at the same time an anti-war piece. It also marks a turning point in Stravinsky’s output. By 1917 the native of St Petersburg was already a star: for years he had been a regular visitor to Paris, his ballets had caused a sensation and he had been acclaimed as a pianist and as a conductor. But the First World War left its mark on the world of music. It was at this juncture that Stravinsky wrote The Soldier’s Tale – its original title is Histoire du Soldat. It is scored for an ensemble of seven musicians: violin, double bass, clarinet, bassoon, trombone, percussion and a small cornet à pistons that is often replaced by a trumpet. The result is an unusual work that combines extreme interiority on the one hand with a gripping sense of drama and remarkable expressivity on the other.

Stravinsky has always been a disputed figure in the world of classical music. He was a provocative composer. Audiences have invariably found him controversial, but so too have a number of thinkers. Adorno, for example, felt that he was backward-looking, while also being fascinated by him. By 1917 Stravinsky has already acquired all the hallmarks of his style: a characteristic melodic thrift, experimentation with complex rhythms and harmonic boldness. Yet throughout all of this, he never entirely abandoned the language of classical music.

And yet we rarely hear The Soldier’s Tale, with the result that with Roger Waters’ new project a modern classic is rediscovered, a work which because of its particular design as a piece for chamber ensemble and narrator is all too rarely seen in major houses. The Soldier’s Tale may be regarded as the nucleus of Stravinsky’s early period. In the third section of Part One, for example, the composer quotes his own Rite of Spring, while elsewhere there are echoes of Petrushka and The Firebird.

The words are by Charles-Ferdinand Ramuz, who availed himself of a number of Russian fairytales when writing it. The plot is more or less as follows. A soldier has ten day’s leave – we are given no further details about the army to which he belongs – and so he returns home, playing his violin as he goes. The Devil appears and offers him a deal, exchanging his violin for a book intended to make him rich. This is indeed what happens, but of course the man does not find happiness through the enchanted book.

Waters deliberately uses a British accent, investing the spoken narrative with a refreshing, earthy note. It is astonishing how well this works: here is a simple soldier speaking with a southern English accent. We hear an artisan talking, someone who brings with him the natural scepticism of the underdog but who in spite of this falls into an insidious trap. Waters then switches seamlessly to a markedly restrained narrative tone – and time and again he conjures up the figure of the artful Devil. As the Narrator he treats the text in an entirely natural way, bringing lots of life to it.

This project is more than a foray into the field of high art. For years Roger Waters has been far more than just the frontman for Pink Floyd. His first work outside the world of rock music was the opera Ça ira, which was first performed in 2005 and which combines an astonishing atonality with a Neoclassicism in the style of a composer like Benjamin Britten. Both here and in other works Waters certainly feels an affinity with this moment in the history of music whenever he has to decide how atonal to make his music. How radical should it be? And how is music related to the Classical and Romantic tradition? This is arguably the most important question that progressive music has to ask itself today. This was also Stravinsky’s question when he wrote The Soldier’s Tale.

The fact that Roger Waters has recorded this work in particular is no accident, for there are personal reasons for his choice. In the first place he has wanted for a long time to engage more deeply with the work of a composer whose weight and occasional inaccessibility may perhaps have much in common with the music of the singer and bass player from Surrey. And in the second place the two world wars have left their mark on Waters’ family, too – he lost his father in the Second World War, while one of his grandfathers was killed in the First.

The seven musicians with whom this recording was made are all associated with the prestigious Bridgehampton Chamber Music Festival. They play precisely and clearly, mastering a classic that is only apparently easy. The music itself is complex, Stravinsky working with echoes of cabaret music and light music but often changing his time-signatures and introducing passages of bitonality at certain points in the score, where two keys clash with one another. This serves to underscore the crude grotesqueness of the narrative, while ultimately also providing this story about war with its admonitory character. This is a work which even today is intended to rouse its listeners out of their complacency. Roger Waters has brought it to life with total commitment and dedication.

This album will be released on 26 October 2018 shortly before the centenary of the signing of the Armistice at Compiègne that brought the First World War to an end on 11 November 1918. 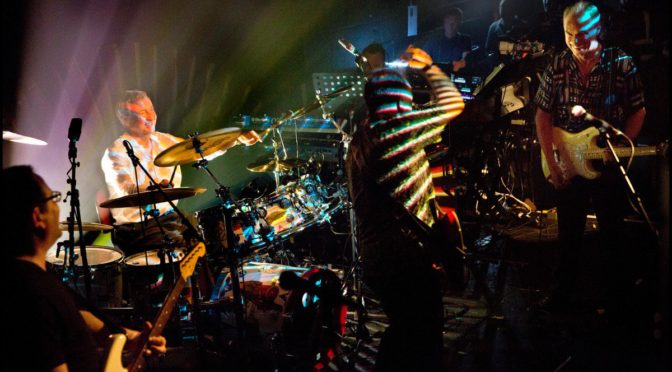